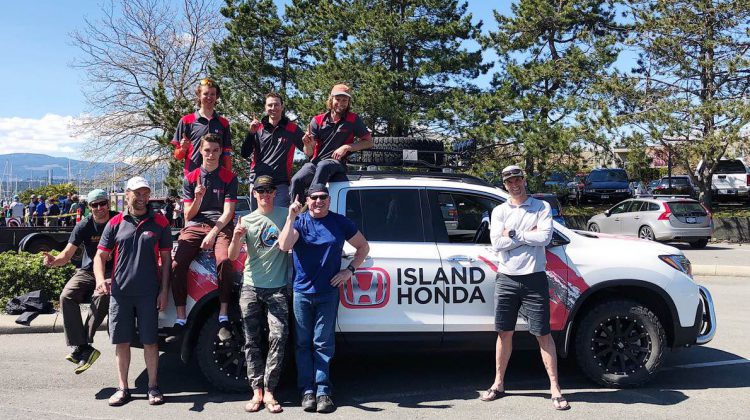 “It’s a total team effort, everybody got to pull though and do their part, the team did great this year.”

Brett that the biggest challenge for the team was the mountain bike leg of the race, as the rider had a flat tire for most of the section.

“Our mountain biker probably had the biggest struggle, and he still finished first.”

“He had a flat tire after 3 km and he pedalled 9 km with a flat tire, pretty gutsy.”

Unofficially Banzai beat their time from last year by over 10 minutes, and Brett says it felt like a fast race.

“I had a good feeling right off the bat…we were definitely faster.”

Event organizer Rick Gibson said it was nice to see everyone enjoy the race.

“You see the community really comes and supports the event.”

We will have the official race times as they become available.