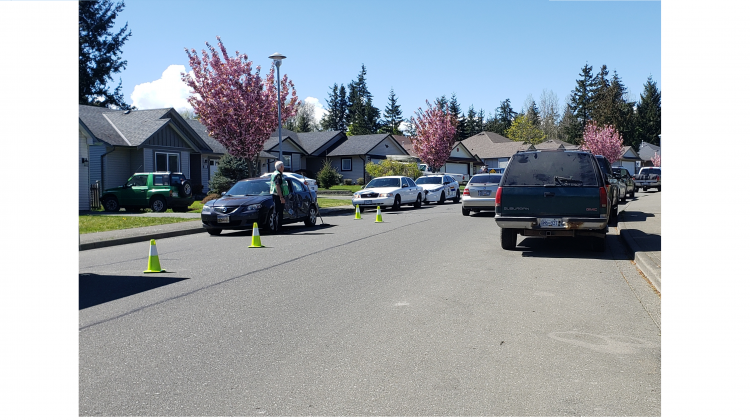 COMOX B.C – Comox Valley RCMP and Comox Fire were on scene of a two vehicle collision Monday afternoon in Comox.

The Comox Fire Department responded, and Comox Valley RCMP were already on scene.

“One car coming around the corner and sideswiped the other one, minor injuries, and significant damage to both cars.”

One person was treated by BC ambulance, but was not transported to hospital.