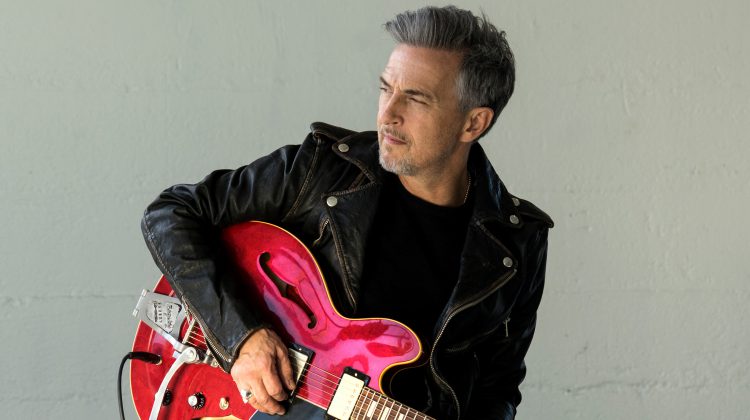 After a five-year-absence, the eight time Juno Award-winning bluesman is returning to this year’s Vancouver Island MusicFest.

James is scheduled to perform on Friday, July 12th.

“His live shows with his band are fantastic, so it’s going to be a great Friday night, for sure,” VI MusicFest marketing manager Sue Wood said.

The man behind the hits, Five Long Years, Just Came Back, Voodoo Thing, Why’d You Lie?, Chicks and Cars, and Third World War has had a storied career that spans nearly four decades.

At 18, he opened for guitarist Stevie Ray Vaughan and has as performed alongside such famous names as Carlos Santana, Albert King, Bonnie Raitt, Lenny Kravitz, Buddy Guy and The Chieftains.

James is no stranger to MusicFest. He made a surprise appearance with Bonnie Raitt in 2014 which, according to a MusicFest release, “brought the house down.”

A winner of 20 Maple Blues Awards, James said to be a blues musician is to always have a dialogue with the past.

As with much blues music, it’s the performances on the original versions rather than the actual song that drew James to them.

That said, what more could he possibly bring to them?
“You bring what you can,” James said, in the release. “If I feel like I’ve brought enough, then I put it out. All my life I’ve tried to bring vitality to older songs. Hopefully my dedication to it is what floats it over the mark.”

James is joyfully tangled up in the blues, which, he notes, “is the only genre where you can maintain a young profile at the age of 54.”

According to the release, VI MusicFest is “famous for its daytime programming” where as many as 18 musicians at a time will get together for some epic jam sessions.

In addition to his Friday night performance, James will be doing some daytime sessions at MusicFest on Saturday and Sunday and said he plans to take in the full Festival experience.

For tickets, artist announcements and festival information go to www.islandmusicfest.com