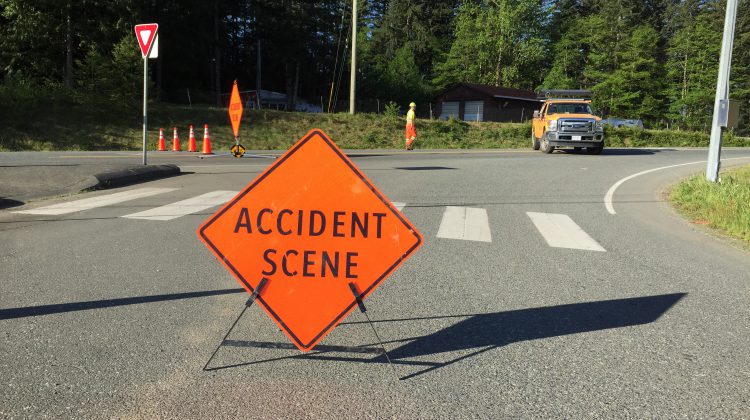 RCMP are investigating an early morning accident on Hamm Road on May 7th, 2019. Photo by Troy Landreville/98.9 The Goat/Vista Radio

BLACK CREEK, B.C. – The foot of Hamm Road near Black Creek is behind traffic cones as RCMP members investigate an early morning accident.

All traffic is being blocked on the road just west of Highway 19A.

“There was one patient trapped inside and we were able to use the jaws of life to get him out,” Murray said.

The male driver was taken by ambulance to the Miracle Beach Mini Golf Course to a waiting Air Ambulance helicopter, which had landed in the parking lot just behind the post office.

Murray said the vehicle was a small four-door sedan and the driver had “some head trauma and some spinal trauma.”

A request for comment has been sent to North Vancouver Island Traffic Services.