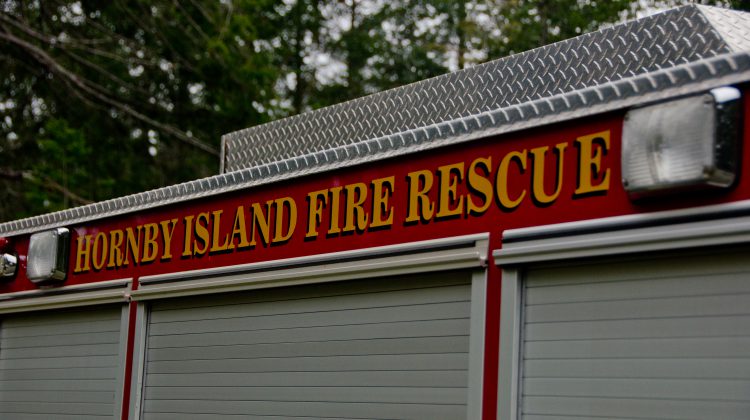 The Hornby Island Fire Department is pictured in a Vista Radio file photo from April of 2019. Photo by James Wood/98.9 The Goat/Vista Radio

HORNBY ISLAND, B.C. – A backyard burning ban is about to be put in place in Hornby Island.

The prohibition will take effect at noon today (May 10).

According to a tweet from Hornby Island Fire Rescue, campfires are still allowed and do not require a permit.

“Keep your campfires small and fully extinguish them using water,” the tweet added.

“If they shut down burning, we have to do that, as well. But we also have the ability to shut it down before they implement the restrictions. They haven’t yet closed backyard burning for the entire coastal region,” Chinnery said.  “But we’ve had a close look at the conditions on east Vancouver Island, and on the islands, here, and we’ve decided it just makes sense to not have backyard burns right now.”

Chinnery said the ban is a bit early compared to previous years.