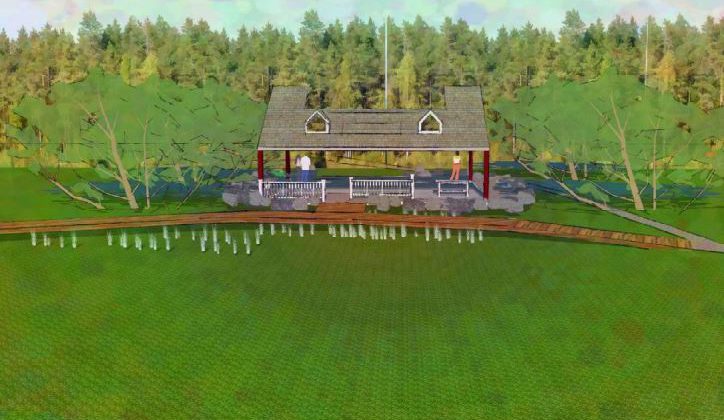 The next steps are presenting the re-designed platform plan to K’ómoks First Nation  and then submitting it to the attorney general’s office.

Timeline-wise, Mayor Russ Arnott said that he was “guessing (that) late summer or early fall” is when the matter will come before the attorney general’s desk.

“We’ll eagerly await the outcome,” he added during the meeting.

Arnott said presenting the platform redesign to K’ómoks First Nation is being “friendly neighbours and showing what we’re doing.”

There is no exact date for when the platform presentation to K’ómoks First Nation will be happening.

The town’s original proposal to the court was to disassemble Mack Laing’s former home, Shakesides, and use the money from the trust to construct a viewing site/platform in its place.

The final design for the proposed viewing platform came from feedback gathered from a public meeting/workshop on March 27.

Some of the features of the re-design includes:

However, the the Mack Laing Heritage Society is pushing for the preservation of ‘Shakesides’ with the intention of converting it into a nature house.

Arnott said no one is disputing the fact that sea levels are rising and storm surges are getting bigger, causing annual flooding events at Shakesides.

This, Arnott noted “is another reason why we need to move forward with this platform.”