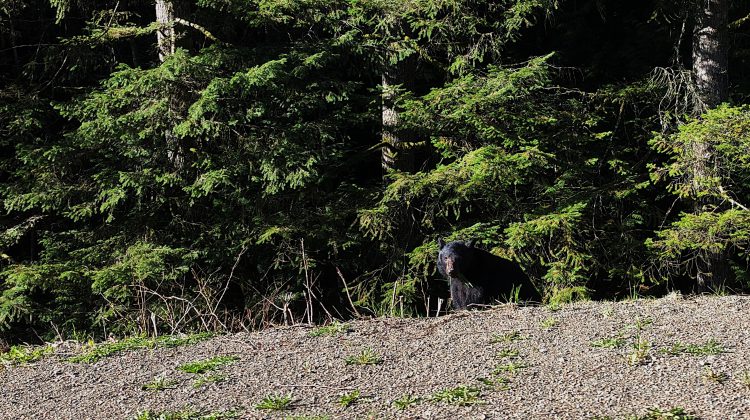 A black bear is shown on Mount Washington in a file photo from April of 2019. Photo by James Wood

That’s according to Sergeant Mike Newton, a Black Creek conservation officer based out of Black Creek. Speaking on Friday, Newton stated there had been a lot of sightings of black bears in the Comox Valley this spring, more than last year.

There have also been reports of bears accessing non-natural food sources, as opposed to their current seasonal diet of cabbage and green grass for this time of year.

The reason for the garbage-raiding was believed to be property owners in the Courtenay area not keeping their waste out of the bear’s reach.

Two bears, being a mother bear and her cub, have been getting close to houses in the upper Huband Road area, while another bear had been spotted in the Powerhouse Road area and is believed to have been accessing garbage.

Conservation officers have been “spending time” in the Huband Road area to encourage property owners to get their garbage away from the bears. Newton asked the public to be extra vigilant, and keep their homes and yards cleaned.

Any potential sources of attracting bears should be locked up or cleaned away. Bears should not have open access to garbage, while bird seed and unclean barbecues could be another source of drawing them in.

Newton said that bear sightings should be expected as the animals are on the move for their breeding season.

“The key is to look at your property, and ensure that your attractants are well managed, under lock and key, and ensure that there’s nothing in your yard or around your house that would attract a bear,” said Newton.

Anyone who sees a black bear in an urban area should contact the conservation service, so they can be aware of the situation.