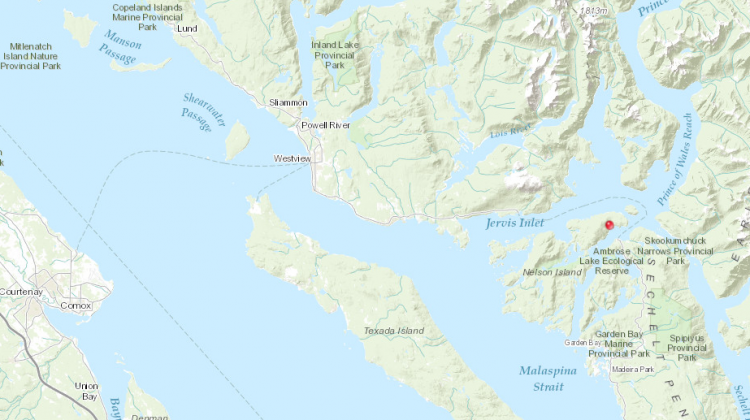 According to the Coastal Fire Centre, the blaze was reported on May 28th and around one hectare in size by Tuesday Evening.

One officer, an attack crew of three personal, and two helicopters were called to assist.

Marg Drysdale, the fire information officer for the Coastal Fire Centre says the fire was controlled fairly easily, and is now classified as ‘being held’.

“The helicopters were able to bucket very quickly and knocked it back to a rank one, so they had very good results,” said Drysdale.

“It is now being called 0.6 hectares in size, and is classified as being held.”

The cause of the fire is currently under investigation.

Meanwhile, most recent update of the wildfire danger map shows that some parts in the Coastal Fire Centre region have increased from moderate to high, including parts of Vancouver island.

Starting tomorrow at noon, the Coastal Fire Centre will be enforcing a Category 2 open fire prohibition across the entire region.