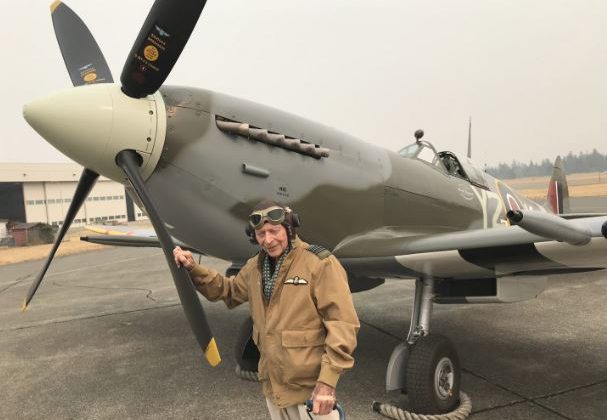 COMOX, B.C. – The Town of Comox is wishing its Freeman a happy 98th birthday.

James F. “Stocky” Edwards was a fighter pilot during the Second World War.  He was Canada’s highest scoring ace in the Western Desert Campaign.

To honour Stocky’s service to his country and the community of Comox, in June 2007 council gave Stocky the highest honour that a municipality may bestow upon a person – Freedom of the Municipality.

As Freeman, Stocky is welcomed at any and all civic functions and meetings, except “closed” meetings.

“Upon retirement and moving to the Comox Valley, we have continued to benefit from Stocky’s presence,” said Comox Mayor Russ Arnott.

“Stocky continues to be actively involved in many community events and it is an honour to have such an accomplished war veteran and community minded individual in our midst.”