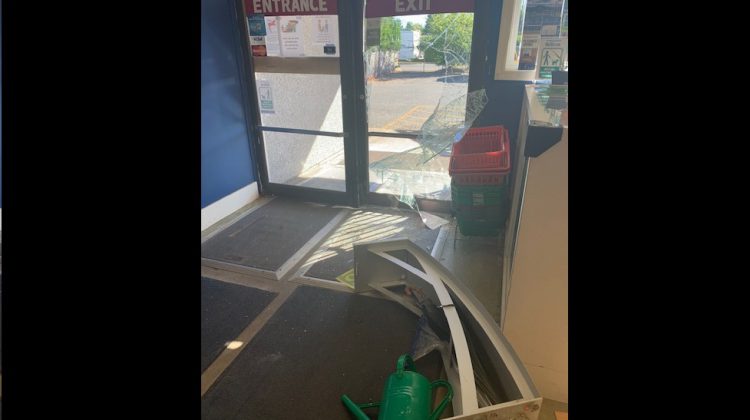 Photo of the break in at Courtenay's Habitat for Humanity North Vancouver Island( supplied by Debbie Bowman, Store Manager)

COURTENAY, B.C – Habitat for Humanity is trying to stay positive after a break-in at its Courtenay office.

Store Manager Debbie Bowman says a donation box was stolen from the front of the store Monday night.

“It was an extra source of income for what we do in the community, and unfortunately it was close to the door and I think it was too tempting for somebody,” said Bowman.

“Overnight they decided to come back, smash in the door and they were able to just grab it and back off they went.”

Staff noticed the break-in Tuesday morning and contacted RCMP, which is now investigating.

Bowman says she isn’t sure how much money was stolen, but the box that held the donations itself is worth $200.

The break-in takes a toll on the organization according to Bowman, as all its money is fundraised or donated.

“It does hit hard, and I think it hits our volunteers and our staff really hard because they work incredibly hard hours, the volunteers give up their time…and when they see that something like this happens it can bring the mood down a bit, but we’re reliant and we’re continuing forward and trying to find the positive in it.”

In the coming days, RCMP will be going over surveillance video in hopes to catch the suspect.