Subway put on lockdown after altercation 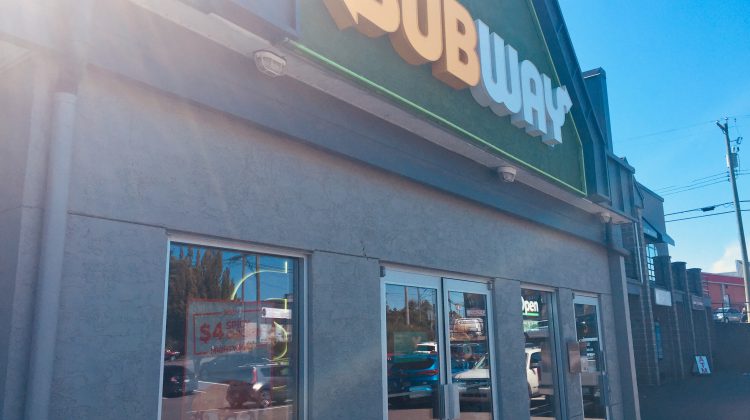 A Subway near downtown Courtenay was the scene of a police incident on Thursday morning, June 13th. (Troy Landreville, MyComoxValleyNow.com staff)

A dispute over the restaurant’s bathroom escalated into a serious situation.

The location’s manager Aurora Rousay told MyComoxValleyNow a man “lost his marbles,” resulting in a customer calling the police.

“He was in the bathroom for a little bit and it escalated from there,” Rousay said. “There was a customer that tried to go into the bathroom while he was in there and he just started yelling.”

Rousay was too busy serving customers in line to hear what was being said. She said the man left the bathroom and stood outside.

Once the first responding officers arrived, she said he started “waving his hands around a lot” at them.

Rousay said one of the customers called the police because “the guy that was in the bathroom was uttering threats to him.”

According to Rousay, five RCMP cruisers arrived between three and five minutes of the call being made.

Comox Valley RCMP spokesperson, Const. Monika  Terragni said when frontline officers arrived, the man was outside in the parking lot, upset and holding a knife.

Terragni said officers spoke with the man until he put the knife down and he was arrested without incident.

“He did not threaten anyone, including the police, with the knife,”  Terragni said.

Rousay said it didn’t click in what was happening until she saw the number of police outside.

“I thought ‘Oh, this is serious, this is actually happening,’” she said. “They did call our store to let us know that we were on lockdown and to lock all the (doors) so the customer couldn’t leave.”

The situation started around 11:00am, and the suspect was in the back of a cruiser roughly a half hour later, according to Rousay.

“It was honestly the quickest cop encounter I’ve seen in a long time,” Rousay said.

We have reached out to the Comox Valley RCMP for comment.