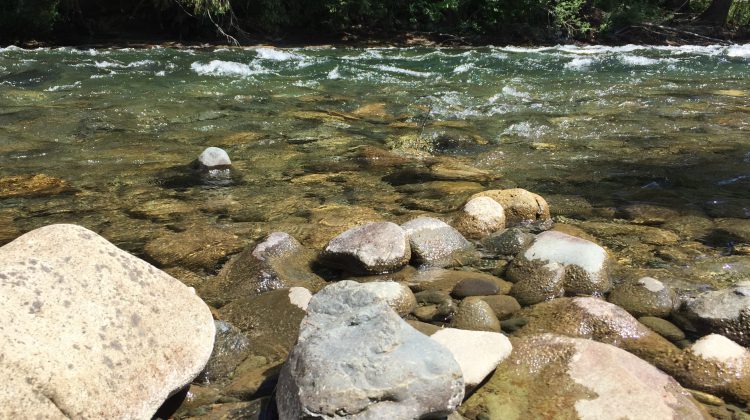 VANCOUVER ISLAND, B.C. – Streams and rivers are drying up across Vancouver Island and the Sunshine Coast.

A map on the B.C. drought information portal shows much of the province is coloured yellow, signifying dry, or orange, which is very dry.

All of Vancouver Island is very dry.

River Forecast Centre head Dave Campbell said river levels across Vancouver Island and the Sunshine Coast are near historical lows for this time of year.

“We’re seeing flows that you see once every 10 years or 20 years kind of range for this time of year,” Campbell said. “And I think that’s an important note (is) we’re still a couple months out from the absolute lowest flows of the year we typically see in that August period. But I think the concern is that trend that we’re on.”

He added, “I think if that continues we’re going to see absolute low levels from the full historic perspective.”

He compared this year to 2015, which saw extreme drought in B.C.

“We’re certainly tracking along a similar pattern to that year,” Campbell said. 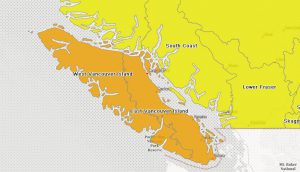 The B.C. drought map shows Vancouver Island is coloured orange, which is very dry. (supplied by the River Forecast Centre)

However, Campbell noted that B.C. hasn’t hit the threshold where acute water availability is not meeting people’s needs.

“It’s just that sense that we’re quite low now and if that continues we’ve definitely got the risks of extremely low flow later this summer,” he added.

Exacerbating the drought threat is how little rainfall both regions have had this spring.

“One of the key things is the dry weather,” Campbell said. “Comox, for example, was the driest spring on record there, over 100 years of record.”

The north end of the island is experiencing some of the more severe drought conditions in B.C., Campbell said. “Certainly around Campbell River up through Sayward, it’s been pretty dry there.”

A lower snowpack is also putting pressure on the conditions across the island, Campbell added.

Regionally, July and August are the dry seasons but the hope is some rainfall will remedy the situation.

“But it’s not the time of year when we have the wet patterns that we do in the region through the fall and winter,” he said.