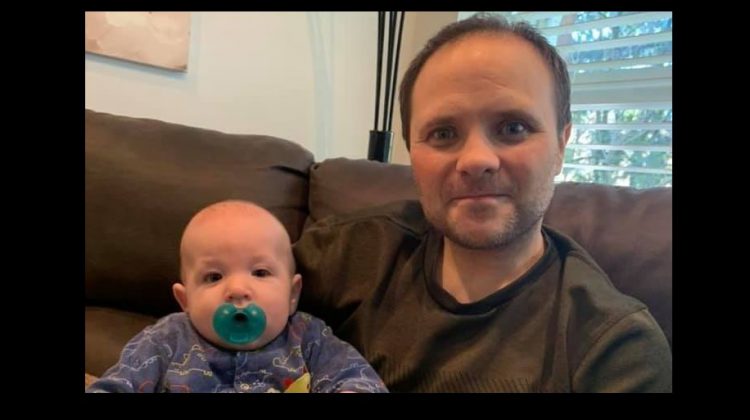 Jonathan Sedman was pinned under a car at the Saratoga Speedway while he was setting up fireworks by the racetrack last September. (supplied by Jonathan Sedman)

SURREY, BC – After spending holidays at the hospital, a Surrey father is excited to celebrate his first Father’s Day at home.

Last September, Jonathan Sedman was pinned under a car when it lost control and flipped over at the Saratoga Speedway.

He was at the racetrack setting up fireworks but when it started to rain, he rushed to put a tarp over them.

He says all he remembers is waking up at the hospital and being told he had been in an accident, and that his son was born. In all, he was at the hospital for six months.

“When I was at the hospital, I was getting worried that Kayden was starting to do these little things and I was missing them. I just thought I need to get home,” Sedman said.

“Now that I’m home, it’s awesome because I get to see all these things that he’s progressing onto.”

Sedman suffered from a shattered pelvis, broken hip, ruptured bladder, and cracked ribs. But he says he is steadily getting better.

“I also had a walker when I first got home. I couldn’t carry Kayden, so I put him in a basket and then on top of the walker so I can take him around. Now I don’t use a walker and I can carry him,” he added.

Sedman still has to wear a leg brace but he says doctors are hopeful he’ll be able to regain 80% use of his leg.

But right now, he’s grateful he can be home with his son.