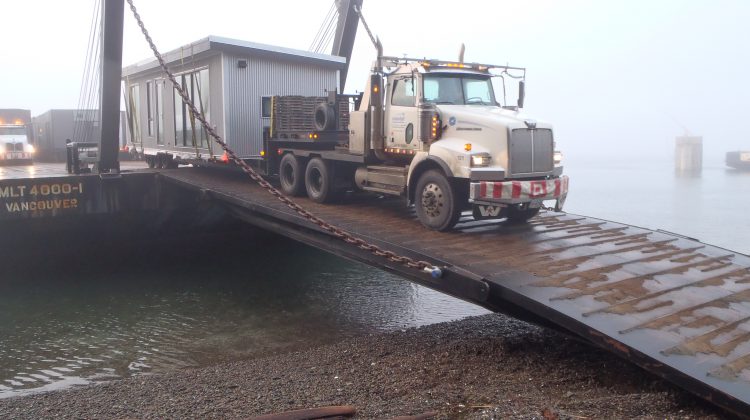 HORNBY ISLAND, B.C. – A Hornby Island parent believes the province has left residents in the dark about the Community School’s rebuild.

A fire destroyed a major portion of the building last summer.

A 25-year-old man was charged with arson damaging property.

The fire forced staff and 44 students from kindergarten to Grade 7 to attend school in temporary sites.

She believes that parents are being left in limbo regarding next steps.

“We’re ten months post-fire so that’s a bit of a challenge, and our biggest frustration right now is trying to wrap our head around this concept of… schools are considered self-insured by the province.”

She said “when we think of insurance, we think of replacing what you’ve lost but as time has gone on we found out that isn’t actually the case for schools. What it means is the province is responsible to replace something if they decide they want to.”

In a statement, the Ministry of Education said the province is committed to ensuring all students “are in safe, positive learning environments.”

“That’s why immediately after the fire we approved funding for the Comox Valley School District to provide suitable space for students on Hornby Island,” read the statement.

“To ensure classrooms were available for Hornby Island students, the ministry provided the district with $2 million to address a number of fire remediation issues at the school site, including having new modular classrooms delivered.”

The ministry said that staff is now working with the district on a business case to find the best long-term option for the Hornby Island school and gym.

“The business case is expected to be completed this summer, at which point it will be reviewed for funding approval,” the statement read.

Kaback said School District 71 has been “amazing,” in sending proposals to ministry while supporting the school population in the interim.

“So they originally sent off three proposals to the Ministry of Education business plans that looked like either tearing down what remains of the school and completely rebuilding, or two of them were various ways to keep some of the shell that’s left and add that into the new build,” Kaback said.

According to Kaback, the province has come back with a fourth option: instead of rebuilding the new school, keeping the portables that were moved to the island as an emergency measure.

“That’s the real fear,” she said. “Instead of rebuilding the school, they are going to leave us with these portables which were put in just as an emergency stopgap, until we have a school. So we have some real concerns about the direction that they’re taking and the amount of time that it’s taking to get any kind of answers.”

Kaback said the original school building had a natural history museum, full-sized gym, toddler drop-in space, and a “beautiful library,” all of which is now lost.

“There’s no guarantee that those things are going to be replaced,” she said. “What they’re telling us is they are going to replace it with something much smaller that would be more akin to our (student) population now which is smaller but growing.”

Kaback said the school population doesn’t feel like they are being compensated for what was lost.

“The losses are quite devastating for our community,” she said. “We’re in an exceptional circumstance because we are so remote and rural and we don’t have access to other facilities so our school is the education place for our K-7 program but it also our recreation centre, our community centre, our emergency gathering space, our voting space, our adult education space, (and) our toddler drop-in space.”

The former school housed so many “critical resources,” Kaback said, that it’s “frustrating to feel like there isn’t an acknowledgement or recognition that somehow, what is lost should be replaced.”

She said that she would like to see clear information from the province as to what their intent is, and an open conversation around the idea of self-insurance.

“From where I sit it looks like it puts our remote communities really at risk, that if you lose something, it’s up to the whim of the province whether it gets replaced and that can have a lot to do with who’s in power in government or what other expenditures have happened this year,” Kaback said.