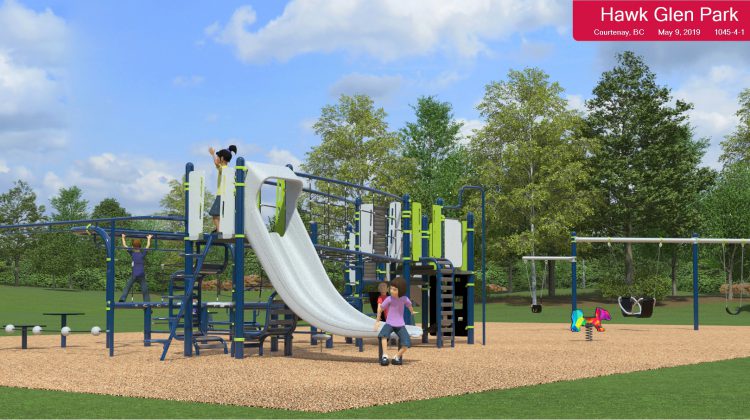 Rendering of the new playground set to open this July (Supplied by Anne Guillo, City of Courtenay)

COURTENAY, B.C – A new playground in Hawk Glen Park is expected to open this summer.

“ We’re putting a new structure in, something a little bit more modern, not a typical post and rail type playground,” said Kearns.

“The playground has a variety of different elements that we think are going to be a nice upgrade to that older structure.”

Removal of the old structure is set to begin this week, with completion expected for mid-July.

Kearns added that construction noise and interruption should be minimal.

“It will be a fairly small footprint of construction that will be taking place, it should be a relatively quick process and hopefully exciting for people to see the new structure.”

The city has replaced four outdated playgrounds recently, and Kearns says plans are in place to replace more in the coming years.