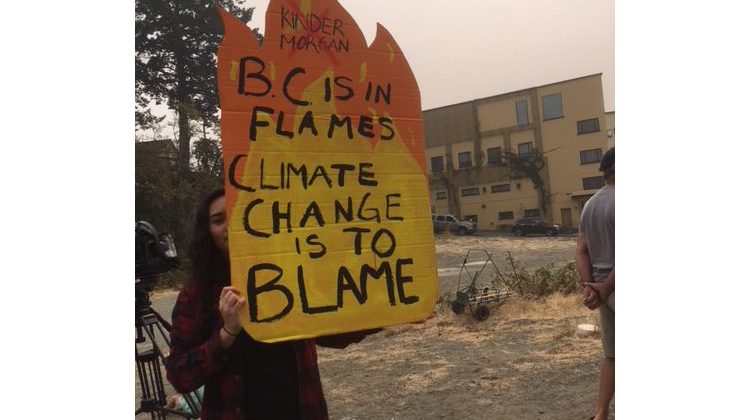 Justin Trudeau was dogged by protesters during a visit to Nanaimo. (Sharon Vanhouwe, mycoastnow.com staff)

The Sierra Club, Georgia Strait Alliance and BC Green Caucus say the Prime Minister made a bad decision when he announced the approval of the TMX pipeline.

On the other hand, the BC Chamber of Commerce reported they are pleased to see the approval of the Trans Mountain pipeline.

Premier John Horgan said he remains concerned about the potential for a catastrophic oil spill on B.C.’s coast but he understands the issue is a divisive one.

“This is an issue that has divided communities, it’s divided families. I am not oblivious to that. My responsibility, however, is to look at what is the consequence of a catastrophic event as a result of this decision. I think even those who support the pipeline would want me to continue to fight hard to make sure that the Marine Response Plan of the federal government is adequate to meet the needs of a catastrophic spill.”

Horgan said his government is still looking forward to the Supreme Court considering the jurisdictional issue and whether or not B.C. has the right to regulate substances moving through the province.

In the meantime, he says the province is not illegally blocking the pipeline process and is approving permits where they must but his government is exercising due diligence where they can.

Horgan said, “It does ring somewhat hollow that on one day you can claim that there’s an emergency and on the next day you can accelerate the increase of emissions in Canada. It is odd to have a symbolic resolution one day in the House of Commons and then a definitive statement the next day that could have catastrophic consequences, not just for the marine environment, but also for climate action.”

At the same time, Horgan defended his government’s decision to move ahead with liquified natural gas saying it can be done while still reducing greenhouse gas emissions.