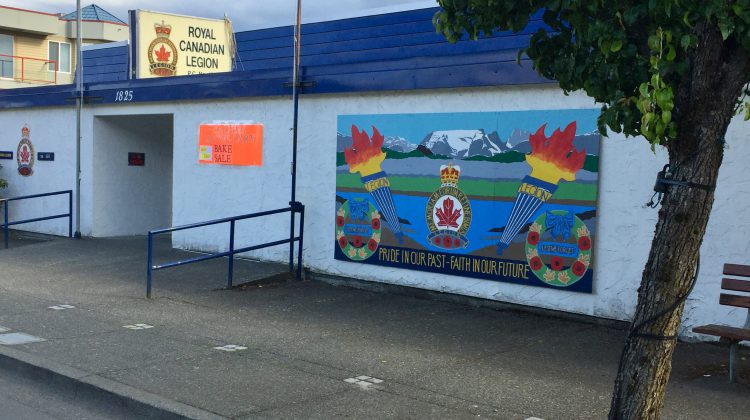 COMOX, B.C. – The Comox Legion has designs on renos and a rebrand aimed at drawing younger people to the branch.

In a letter to the town, Branch 160 president John Paulin says the legion has received its liquor primary licence and is planning to upgrade the building to “maximize our potential.”

“The concept would strive to make the branch more appealing and inviting to a wider demographic while maintaining a sense of veterans,” Paulin said in the letter.

To assist with funding, the Comox Legion is applying for a federal New Horizons Grant.

As part of the application, the legion needs a letter of support from an official or organization that supports the endeavour.

Comox council members voted in support of providing a letter.

The deadline for the grant application is tomorrow and the letter has to be sent off today.

Paulin said the new design would honour history while making the branch “more inclusive and more of a neighbourhood pub.”

“Our plan is for a new bar with accessibility for seniors with less mobility (lower seating, wheelchair access) and a kitchen to provide affordable meals,” Paulin said in the letter.

“Our continued social activities will be expanded to facilitate more socialization amongst our senior patrons, which have been identified as a growing issue among older adults.”

Last August, the legion said it planned to transition its liquor license from primary-club to primary.

This would allow visitors who aren’t legion members to enter the legion at 1825 Comox Ave., without having to be signed in by a legion member.

The proposal will maintain a ‘members only’ section and will also allow for a general public section.

Paulin told council members at the time that these steps involve changing the notion of legions as “beer halls for old people.”

Comox Mayor Russ Arnott said the changes would “add to the vibrancy of the town.”