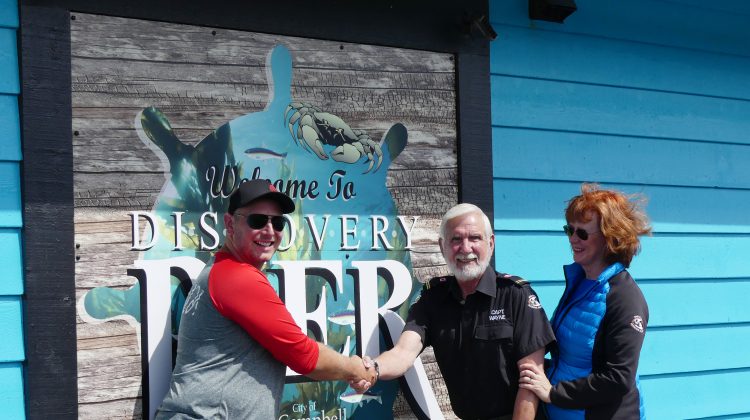 Campbell River, BC – A pair of Campbell River companies want to take whale-watching safety to the next level.

The new measures go above and beyond current regulations on viewing distances, by limiting the numbers of vessels allowed to watch a group of whales at once and also imposing a time limit.

Campbell River Whale Watching co-owner Steve Gabrysh says that if signed, the code of conduct is more of a pledge or honour system.

“Each company will sort of choose how to interpret the rules or how they want to do it,” Gabrysh said. “It’s just kind of a set of guidelines. Really, at the end of the day, the regulations are what we’re all governed by and this is something that’s above and beyond. Hopefully, we can get to a point where the industry helps each other police themselves.”

The code is modelled off the Marine Mammal Regulations of the Fisheries Act published by the Government of Canada, the North Island Marine Mammal Association Code of Conduct, and the Pacific Whale Watching Association guidelines.

The companies say they have now taken these guidelines “a step further” by requiring every guide, driver, and naturalist that they employ to sign off as part of their employment conditions.

Some of the code’s requirements include:

Discovery Marine Safaris co-owner Heike Garton said that it’s important that companies work together as an industry to educate their guests “and make every tour count for the sake of research and conservation, and that we continue to support the incredible work that is being done to better understand, protect and conserve these magnificent marine mammals for generations to come. ”

Gabrysh said following the code of conduct won’t take away from the whale-watching experience along B.C. waters.

“I think these rules are what we’ve already been doing for sure with our company and the experience is still fantastic here around the Campbell River area. It won’t detract from the experience whatsoever.”

Campbell River Whale Watching and Discovery Marine Safaris have invited other companies to voluntarily adopt the guidelines, with the hope of this becoming the standard code of conduct for all commercial whale watching boats in local waters.

The two companies say that operators in the area “already collaborate daily” to ensure the well being of the whales, but both believe that more can be done to increase and build upon their stewardship role in responsible wildlife viewing.

“We want to make it known that our goal is to collaboratively work together to do everything we can to ensure the foraging efficiency and safety of the animals that we all love so much,” Gabrysh said.