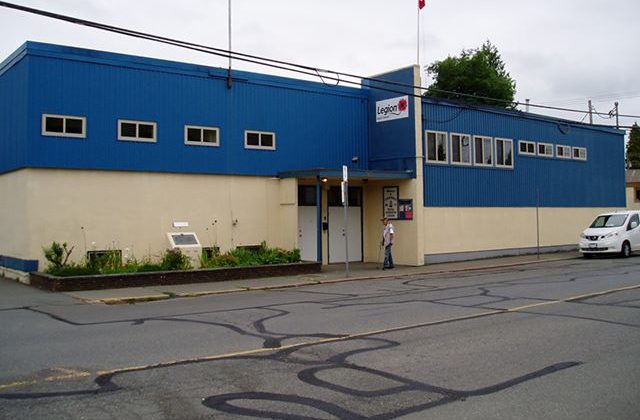 COURTENAY, B.C – The Courtenay Legion has updated its building thanks to a federal grant.

The money came from the New Horizons program which provides grants and funding for projects that make a difference in the lives of seniors and their communities.

“Though that grant we were able to put a new heat exchanger unit on the building as well as change out all the inefficient windows.”

He also said that other Legions all over the Island are getting a new logo, something Litchfield likes a lot.

“As soon as we saw it we liked it, a little bit of a change to the older style. It’s very simplistic and very easy to look at. We were actually one of the first branches on Vancouver Island to put it on our building.”
Litchfield also says more changes are on the way.

“It’s just a start, were going to be starting to look at future endeavours as per changing the frontage look altogether, just to make it look more appealing.”