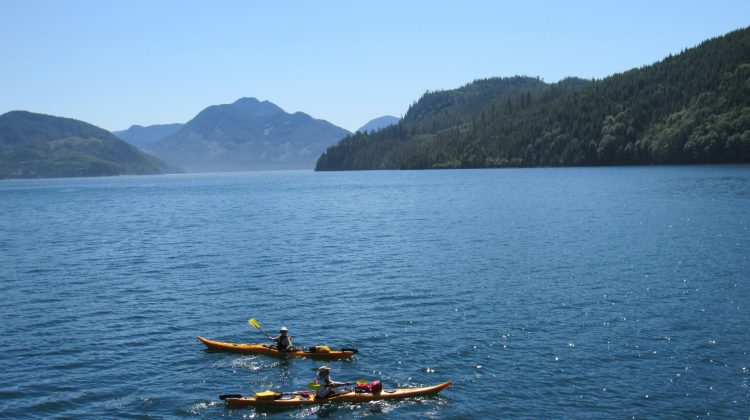 Tahsis Inlet, located midway up the west coast of the Vancouver Island, tops the list of B.C.'s top boating destinations for 2019. (Supplied by Tahsis Tourism)

Four of B.C.’s top five boating destinations can be found along northeast Vancouver Island and the Sunshine Coast.

This is according to a list compiled by the Boating BC Association.

Tahsis Inlet, located midway up the west coast of the island, tops the list.

Association president Don Prittie said the response was remarkable, particularly as it relates to areas that are in some respect, B.C.’s hidden gems.

“I wasn’t surprised because of the beauty,” he said. “I was surprised that places like Tahsis and Port Alice, spectacularly beautiful spots, but not as many people get there so obviously there was a good effort on their part to get the vote out.”

The top location, Tahsis Inlet, is home to 500 year-round residents and about 1,500 people during the summer months.

Surfers are attracted by the wild Pacific waves off Nootka Island and Brooks Peninsula, while strong inflow and outflow winds create great conditions for windsurfers and kiteboarders.

The area is also home to world-class scuba diving sites and kayakers can enjoy the sheltered inlet waters, the rugged coastal scenery, and abundant ocean wildlife.

Prittie said there are many factors as to why the B.C.’s coastlines and inlet areas are boating meccas.

“The natural beauty, of course, is No. 1, the wildlife that you can see, the fact that you are really out in the wilderness, and if you’re in your boat you have some creature comforts. We’ve got roughly 27,000 kilometres of coastline to explore in British Columbia and untold numbers of lakes and rivers and streams. Boating is just a great thing to do and of course on the island and the central coast, there is just a huge number of spots to go to.”

The Boating BC Association is the voice of recreational boating across the province.

The recreational boating industry in BC employs 17,000 full-time individuals, contributes more than $2.2 billion annually to the provincial economy and has experienced a 30 percent growth rate over the past six years.