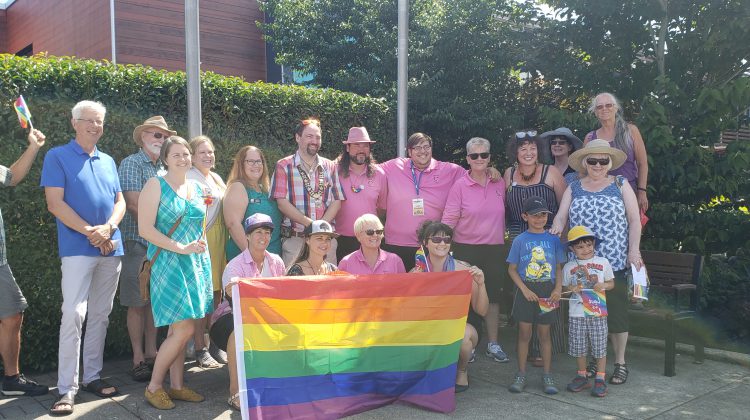 Mayor Bob Wells kicked off Pride week in the valley with the raising of the rainbow flag this afternoon.

Members from Comox Valley Pride and other residents of the valley showed up at city hall to celebrate.

Comox Valley Pride Director James Steck says events like this are important for the Comox Valley.

“It’s really to celebrate diversity and make sure that we all get along and become the community we’re meant to be.”

Mayor Wells says its good to let people know that the valley is a safe space to live.

The flag-raising ceremony is just one of the many events to take place in the valley this week as it celebrates Pride week.

A full list of pride events can be found here.