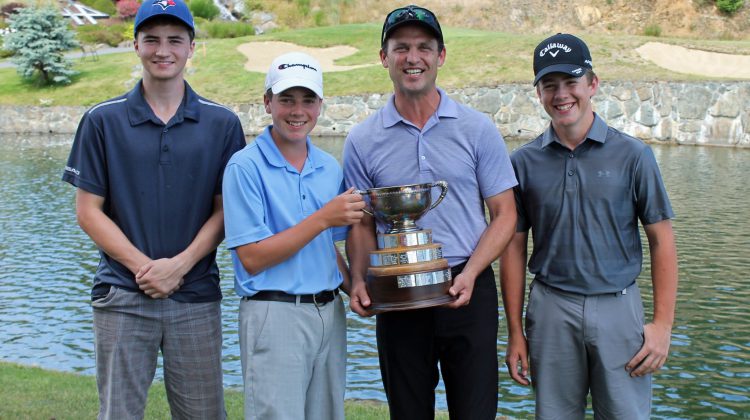 Photo of Brian Wise, Nolan Phoenix, Ryan Stoltz and Ethan MacLean, the winners of the Jack McLaughlin Memorial PGA of BC Pro-Junior Championship.(Photo Supplied by the PGA of BC/Facebook)

Three junior golfers from the Comox Valley have won the Jack McLaughlin Memorial PGA of BC Pro-Junior Championship.

The team was lead by professional Brian Wise and competed with 25 other teams in the tournament down in Victoria.

The Championship allows a PGA of BC Professional to team up with three juniors from facilities across the province to compete for over 18 holes of two-net best-ball play.

The format allows for golfers of all ages and skill levels to take part.

The event also honours the late Jack McLaughlin, a past Association president and a Canadian Golf Hall of Fame inductee known for his extensive work to promote junior golf during his career.

The full results of the tournament can be found here.