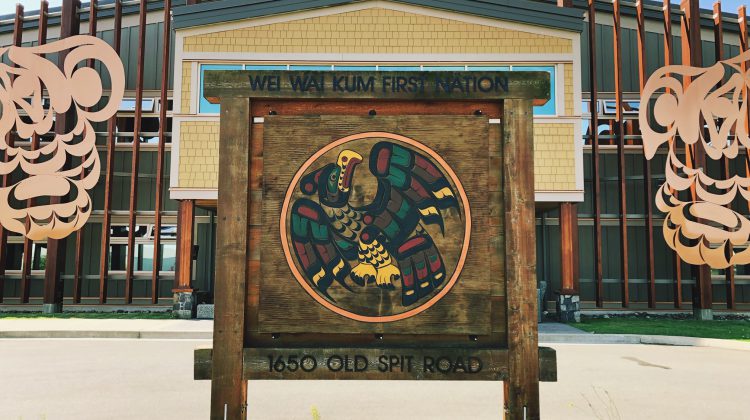 The federal and provincial governments and the Wei Wai Kum and Kwiakah First Nations have signed an agreement that will advance treaty negotiations to its final stage. (Twila Amato, Vista Radio staff)

Reconciliation is one step closer.

The federal and provincial governments and the Wei Wai Kum and Kwiakah First Nations have signed a new agreement that will advance reconciliation and treaty negotiations to its final stage.

This will also guide the development of an approach that recognizes the rights of Wei Wai Kum and Kwiakah First Nations.

The treaty recognizes that Aboriginal rights are inherent and will not be extinguished or surrendered. One of its goals is to have a collaborative and flexible government-to-government relationship that can adapt to changing circumstances over time.

“We appreciate the commitment the governments of Canada and BC have made to recognize Wei Wai Kum Nation’s rights as defined under the United Nations Declaration on the Rights of Indigenous Peoples as we continue on this path to achieving true reconciliation and management over our traditional territory,” Chief Christopher Roberts said.

“In the spirit of reconciliation, we look forward to working with both the federal and provincial governments to achieve a treaty that will respect the rights and title of Kwiakah citizens,” he said.

The province says key elements such as self-government, land ownership and stewardship, and law-making authorities will be included in a constitutionally protected core treaty. Supplementary agreements will address administrative and policy matters. This will allow the government-to-government relationship to evolve as laws, policies and interests change.

For more information on the agreements that are part of the treaty, visit the page on the provincial government’s site.