House well known to RCMP up for sale 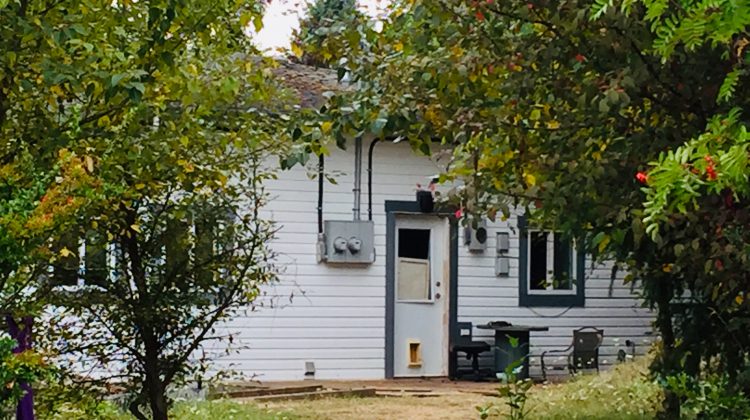 A house that’s very well known to Courtenay RCMP is up for sale.

Comox Valley RCMP inspector Mike Kurvers told Courtenay council members that officers are working with the owner to get the house sold.

“We have to go and clear out the people when it’s time for a showing so we are cooperating, trying to get that done,” he said.

Kurvers noted that the RCMP are finding booby traps in the house.

“Needles and things, so it’s problematic for us,” he said. “We have to take all the precautions for that. We just have to find the right buyer and so we are doing our part to help with that.”

“Since June 1st we’ve had 48 street checks in and around the property,” he said.

“We do walk-throughs unannounced with permission from the owner. We’ve got 109 files created just from our contacts with people in there, so we are on top of that place all the time, trying to disrupt and curb any criminal activity that may go on there, drug trade, and drug trafficking that kind of stuff.”

Councillor Doug Hillian said there is still a view among many residents in the city that drug dealing goes on openly and continues.

“People, in general, don’t understand why the offenders aren’t simply arrested and dealt with,” Hillian said.

Kurvers insisted that people are getting arrested and processed.

He noted that “We’re evidence-based; we need evidence to support charges. A lot of times if people see it, we don’t get a call, and people aren’t willing to step forward to be witnesses. That’s the biggest challenge, dealing with a street person, they’re not really communicating with us.”