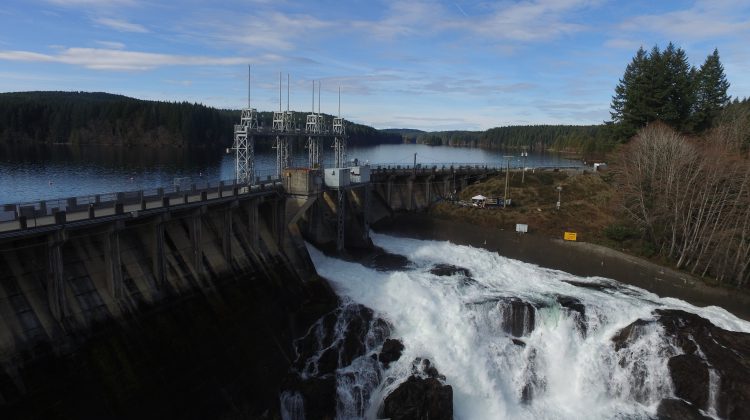 BC Hydro’s John Hart Dam, one of three dams on the Campbell River system. (Supplied by Stephen Watson, BC Hydro)

BC Hydro is going to be testing its sirens on the Campbell River tomorrow.

It’s a final public warning system test. It’ll be happening throughout the day between 9:30am and 6:00pm. BC Hydro spokesperson Stephen Watson says the sirens will sound at various times.

The sirens are located from the John Hart Dam down to Second Island on the Campbell River. The older 360-degree air raid siren sound has been replaced with a “whooping sound” that is more directional, with the sirens facing upstream or downstream of the canyon or river.

“It’s identical to the same siren system we put in place in the Puntledge River a few years ago,” Watson said.

The following video clip, provided by Stephen Watson, showcases the siren sound emitted along the water: