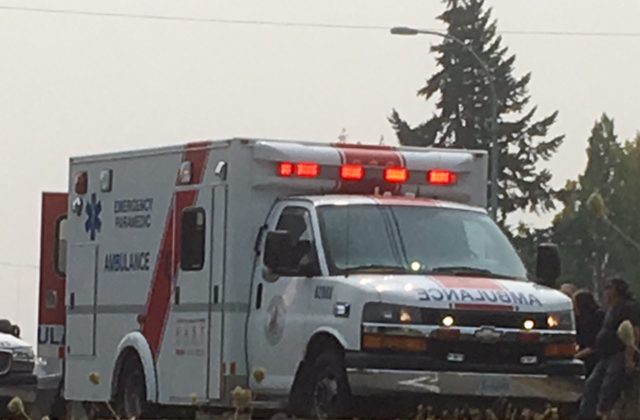 A bus full of University of Victoria students crashed Friday evening on its way to the Bamfield Marine Sciences Centre.

Reports say 48 students were on board the bus which went off the road sometime around 10:00pm.

Spokesperson for the Joint Rescue Coordination Centre(JRCC) Tony Wright says a team from Comox was flown in to help.

“We dispatched two helicopters from 442 Squadron in Comox and also a CC-115 buffalo fixed-wing aircraft.”

He also said that “the BC Ambulance service transported three injured who were airlifted to the hospital.”

The City of Port Alberni opened its reception center early this morning to receive uninjured passengers, providing warmth, food and the opportunity to connect with their families.

BC Emergency Health Services said on Twitter this morning that there were 17 people taken to hospital.

“17 patients were taken to hospital including two in critical, one in serious and 14 others in stable condition. Approx 30 more transported from the scene by bus.”

We have reached out to Port Alberni RCMP and are waiting to hear more.