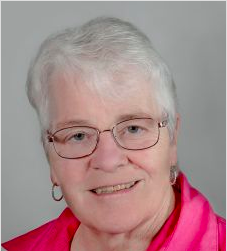 It’s now the second week of the 2019 federal election campaign.

There are six candidates running in the Courtenay-Alberni riding. Barbara Biley represents the Marxist-Leninist Party of Canada.

Biley says the current electoral system doesn’t give Canadians an actual say in matters. This is why if elected, Biley says the party will give citizens the chance to solve a variety of problems, including climate change.

“Right now, our situation is that all the decisions about the development of the economy and everything is made by government acting in the interests of the biggest global monopolies and there’s no possibility within that situation to turn it around. So we need fundamental democratic reform, democratic renewal in Canada so that Canadians become the decision-makers and are able to tackle these problems,” Biley said.

“The solutions are there, science has them, the people have them. It’s the political system that’s blocking us from solving any of these problems.”

Biley says healthcare is a basic right and that the government is responsible for providing it, including dental care and mental health support. She says that also means it’s the government’s responsibility to provide pharmacare. If elected, the party’s plan is to overcome one hurdle first.

“We have a problem in Canada where it’s the monopoly’s based on a profit motive that provide the drugs that people need to stay healthy or to cure conditions. And that’s the problem that has to be overcome. We should be investing in the development and production of pharmaceuticals and taking it out of the hands of the monopoly,” she said.

Biley says the problem with having political parties coming into power is they want to fight to stay in power, which leads to other issues being dismissed. When asked about ensuring long-term protection and success along BC’s coastline.

There is a growing income and wealth gap in Canada, but the Marxist-Leninist Party won’t be addressing it. Instead, Biley says they want to give Canadians the power to change the situation.

“It’s not a matter of a party being elected and magically coming to correcting the problems that exist. These problems are fundamental and if Canadian workers, women, youth, people were in charge of the economy, there would be protection and regulation to prevent the exploitation of our resources for private profit and the development of all sectors of the economy,  healthcare, education based on something other than the needs of the people, social needs of the people.”

“So it’s a social responsibility and the change has to come about by empowering people. Having people speak in their own name, make decisions in their own interests. We don’t have that now,” Biley adds.

She says an important issue that has not been discussed at all is war and Canada’s participation in conflicts around the world. Biley says her party believes Canada should activate its force for peace, instead of participating in sanctions against other countries.

“This is a very dangerous situation… I believe that the question of making Canada a zone for peace and a factor for peace in the world is an extremely important issue.”

Canadians go to the polls on October 21st.