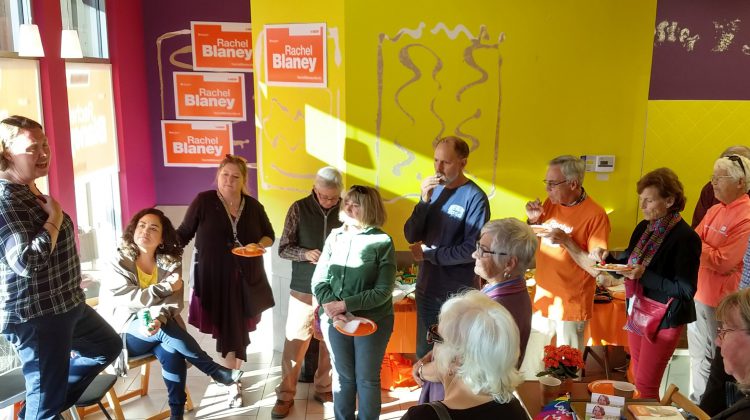 Last week it was spray-painted with racist and hateful slogans.

To celebrate the removal of the offensive signage, the team hosted an open house yesterday evening.

Blaney’s campaign manager Kristy Bell says the open house was a good way to see the community all come together.

“We had probably about 80 people in an out throughout that two-hour time frame. (We were) really excited to fill that space with positive energy rather than that negative energy that was there last week.”

She says it’s great to see the continued support from the community.

“It’s been a week since that happened and we’ve had so many people stopping in offering help, it’s definitely inspiring and energizing to see the community really come together.”

The office held the open house yesterday afternoon between 4:00 and 6:00pm.