Courtenay planting over 100 trees this fall 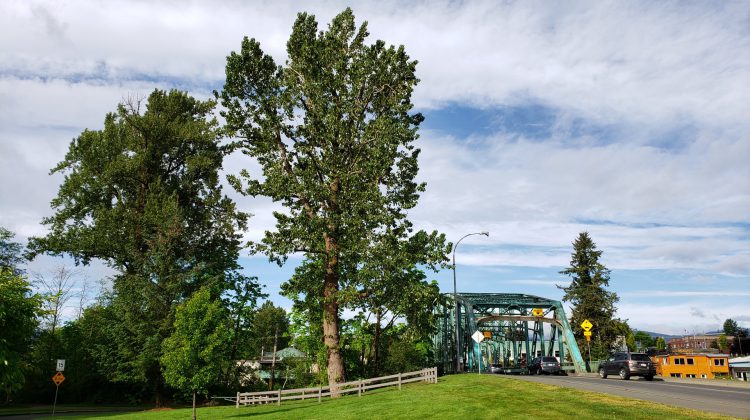 The city plans to install over 100 trees this fall. (Photo supplied by the City of Courtenay, Facebook)

The city says it’s going to plant around 100 trees throughout city parks this fall.

An additional 100 trees will be planted along a walkway between Elderberry Crescent and Crown Isle Boulevard as part of a BC Hydro /Tree Canada Community Regreening Grant project.

It says the trees have been strategically placed to provide shade where no shade currently exists.

Trees will also be planted where the older ones have reached the end of their life expectancy.

The tree plantings are in line with the goals of the Urban Forest Strategy which include increasing canopy cover, increasing species diversity, enhancing the resiliency of the urban forest towards insect pests and disease, and enhancing resilience to a changing climate.

The city says over the next couple of weeks you can expect to see crews preparing the planting locations and installing the trees.

More information about the City of Courtenay’s Urban Forest Strategy can be found here.