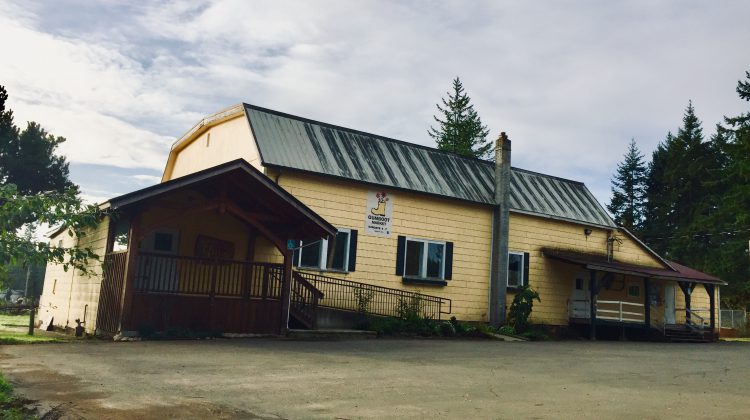 Merville is celebrating its 100th birthday, and you’re invited.

The community is marking the occasion with a slew of events in and around the Merville Hall this weekend.

The centennial celebration gets going Friday with Merville, the Play. Show time is 7:00pm and tickets are $10 at the door.

Saturday features a Centennial Tea Party by invitation at 1:00pm followed by a matinee performance of the play at 2:30pm. On Saturday night, a dance starts at 7:00pm.

A free heritage fall fair is happening Sunday from 1:00pm to 5:00pm. The celebration wraps up later that night with a concert showcasing local musicians that starts at 7:00pm. Tickets are $10 at the door.

Event volunteer Dawn Ringrose said it’s shaping up to be a fun weekend.

“We’ve really been working on this pretty hard over the course of the last year. We’ve got a local playwright who’s written a play and has got local actors who will be performing the play on Friday night and Saturday afternoon. We’ve got a centennial tea with some of the original settler families on the Saturday and that evening we’re going to have a dance with a local band.”

Ringrose said this will be a three-day celebration of the community.

“I think it’s going to be pretty vibrant and exciting. There will be something there for everybody – families, and singles, and couples, and all ages.”

She added that the site has been fixed up leading up to the event.

“People will get a chance to see the changes that have been made to the buildings on the site and we’ve even had some nice storyboards that are capturing some of the Merville history.”

“Thousands of hours” of work went into the planning of this celebration, Ringrose said: “It started off with us writing government grants a number of years ago to try to get funding to fix up the site and to do this legacy celebration of 100 years and then all of the volunteer time, and there’s been time with people coming in, labouring on the site and getting paid for their work.”

While the celebration is this weekend, the Merville Soldiers’ Settlement community actually turned 100 years old in April.

Back In 1919, returning soldiers from the First World War drew lots for parcels of rock and stump covered land in the new Soldiers’ Settlement community of Merville.

Many ancestors of these original settlers still live in the Comox Valley today.

In September, 1919, Edward, Prince of Wales, visited the new hamlet of Merville, opened the first school, blew up a few stumps and planted a commemorative tree.

Royal visits aside, Ringrose noted that Merville has a rich and colourful history.

She noted that there’s a common thread among all those who decided to put down stakes in Merville: “These people were all very characterized by being very hard-working, resilient, because of what it took to farm the land and make a living and support their families.”