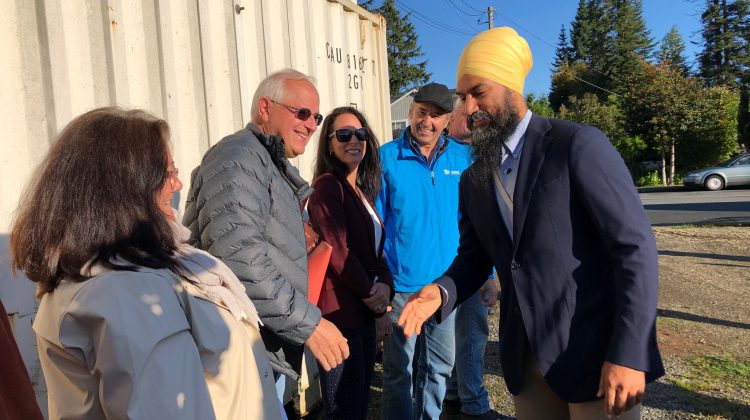 NDP leader Jagmeet Singh made a campaign stop in Campbell River this morning.

During the stop Singh announced a rent subsidy as part of the NDP’s plan to address the affordable housing crisis not only on Vancouver Island, but across Canada. 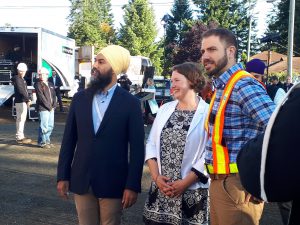 “When I knock on doors across this riding, I hear again and again about the challenges that people are facing. And they are facing a lot of challenges around affordable, accessible housing,” Blaney said while introducing Singh.

“And they don’t know how it’s going to ever get better.”

Singh then told the crowd, made up of Habitat for Humanity workers, the subsidy would be worth up to $5,000 a year.

The new policy is in addition to the NDP’s plan to build 500,000 affordable housing units across the country.

Singh says making the policy announcement at the build site was important as housing is not just a problem in large urban centres. He says it’s an issue that touches even rural and smaller communities.

“Like the work that’s being done with Habitat for Humanity and other community organizations, we want to partner with them to make up for 30 years of inaction,” Singh said, taking aim at previous Liberal and Conservative governments. 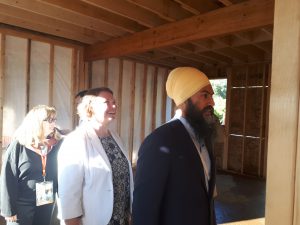 “Given this housing crisis, you’d think that Mr. Trudeau would take it seriously… he says that on the one hand the economy is doing really well, but he’s invested 19 per cent less than Mr. Harper as percentage in GDP in housing. How is that a response to the seriousness of the crisis?”

Singh says the NDP would implement the program by working closely with the provinces to figure out which families need help the most.

“It certainly would not go to the wealthiest, it would certainly not go to millionaires, it would go to families who are in need.”

Singh made a stop in Courtenay at Pizzeria Guerrilla following his stop in Campbell River.

He’ll be in Victoria tomorrow where he’ll attend the Global Climate Strike there.

Voters go to the polls on October 21st.