One person taken to hospital after crash at Saratoga Speedway 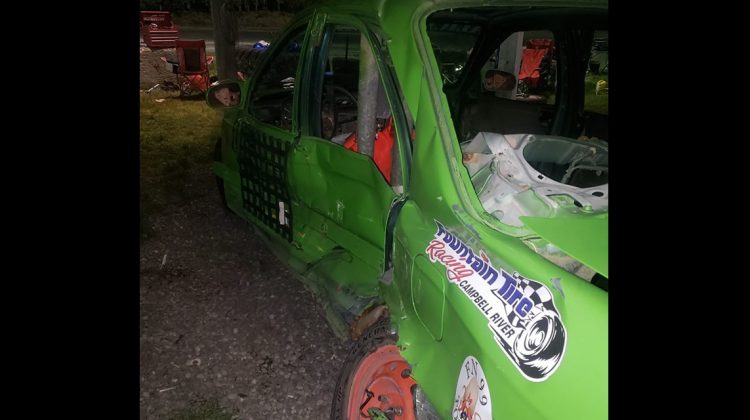 Photo of the car involved in the collision. (Supplied by Bill Brimacombe Jr, Facebook).

It was another night of “Crash to Pass” at Saratoga Speedway, and one person was taken to hospital after a collision.

The crash happened Saturday night at the race track.

Sarah Allan was in the crowd watching her son race and says initially the crash didn’t look like much.

“I see the hit and it looks like she spun around and went backwards for a bit, and then everyone went around her. It didn’t look that bad so I was surprised when the ambulance showed up.”

“When we got there the track attendants had already taken the woman out of the car and brought up to the side of the highway. It sounds like she was stationary in her race car when three other cars hit her and possibly gave her some hip injuries that they were treating. She then got transported to Campbell River Hospital.”

The BC Ambulance Service confirmed that a woman was taken to hospital with non-serious injuries.