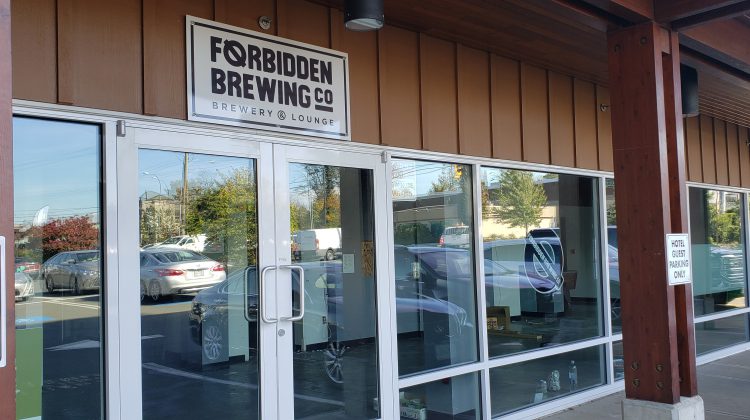 Forbidden Brewing Company announced it will be closing its store.(Photo taken by Jon Gauthier, MyComoxValleyNow.com Staff)

The Forbidden Brewing Company has officially closed its doors to the public.

The brewery’s owner, Michael Vincent told the MyComoxValleyNow.com newsroom that it is indeed closed, but he did not want to comment further.

The building was mostly empty Tuesday afternoon and all the signs were removed.

The company posted a statement to its Facebook page this morning regarding the closure.

“Forbidden Brewing has been honoured to be pioneers in Comox Valley’s craft beer movement. But after years of defending ourselves in person, in public and in court against threats of unlawful eviction from our landlord – Forbidden Brewing has decided to close its doors.”

It also talked about the legal issues it has been having with its landlord over the last couple of years, saying:

“The lease had not expired. Forbidden had given timely notice to renew its final three-year extension, as allowed in the lease agreement. Today was going to be the first day of those three years.

“There is no outstanding rent. Forbidden has paid more rent than what is due given the registrar’s recommendations dated February of this year.”

The legal disputes between FBC and its landlord have been ongoing since 2016 when it applied for a lease renewal.

Near the end of 2017, the Supreme Court of British Columbia ruled that the company could stay at the hotel as a tenant.

The ruling also said that the brewery owed its landlord money but the exact amount was not given.

Then in early 2018, the brewery was issued a notice that it didn’t follow its lease agreement and was getting evicted, however, that never happened.

Forbidden Brewing has not said whether it plans to reopen at a different location in the future.