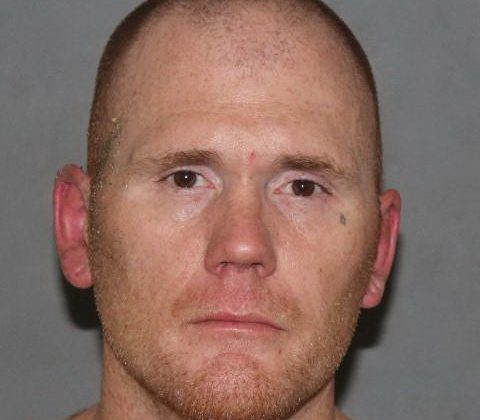 Stephen Pawlak, 42, is facing gun-related charges after an arrest in Black Creek on October 11th. (Supplied by the Comox Valley RCMP)

A man is facing gun charges after a dramatic arrest at the Black Creek General Store on Thursday night.

The Comox Valley RCMP acted on information that a man in Black Creek had a gun and had allegedly threatened to shoot a police officer.

“The members of the plainclothes units at the Comox Valley RCMP detachment worked quickly to determine the authenticity of the information received and with the assistance of the Emergency Response Team, collectively brought this man into custody without anyone getting hurt,” said Insp. Mike Kurvers, Officer in Charge of the Comox Valley RCMP detachment.

“Our priority is always the safety of our community and acting on information of this nature can be very dynamic with many different considerations along the way” he added.

The man was under surveillance when he was followed to the Black Creek General Store.

Police approached him after he entered the bathroom but he refused to come out, telling police that he had a gun.

The Emergency Response Team assisted in getting him out of the bathroom and into police custody.

He is expected to appear in court again later this month.

Employee Ashish Joshi said it was a usual night at the store, diner, and gas station leading up to the arrest.

“I was about to close everything and was going to dump the garbage because the kitchen was downstairs under the diner. My co-worker from the gas station, she came downstairs and she said ‘lock the gates, you will have to wait for five, 10 minutes to take out the garbage,’” Joshi said.

“I asked, ‘What’s happening?’ She said the parking lot of the gas station upstairs is flooded, there are so many cops with the heavy guns in public.’ I said ‘okay, so what’s wrong?’ She said, ‘I didn’t ask them.’”

A police officer told them to stay inside.

Joshi said he then heard a loud boom.

“(Then there was) something very irritated in the air,” he said.

“Within five minutes they arrested the guy and the one officer came inside and he explained everything. He said there was a guy with a gun and we captured him and we took him down and to do that we used tear gas and a flash grenade. He said that’s why you are probably feeling a weird sensation in your throat.”

He noted that, luckily, the store was about to close and it wasn’t busy.

“If this thing happened an hour or so (earlier), then it will be a nightmare because, in the restaurant, there are kids and families having their food.”

The Major Crime Unit is continuing their investigation and asking for any witnesses to Pawlak’s activities prior to his arrest to come forward and speak with police.