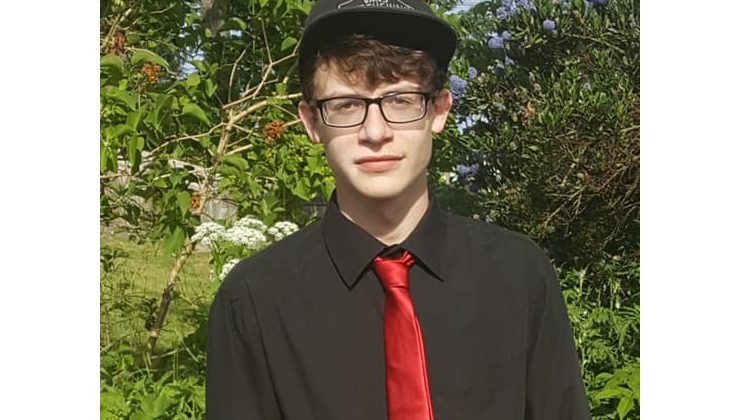 That’s how long it’s been since Jordan Holling disappeared. It was two years ago today the 17-year-old went missing.

Since then Constable Maury Tyre says “many, many leads” have come into the Campbell River RCMP. Each of those leads has been followed up on, but there’s still no sign of Jordan.

The night before his disappearance he left his job at A&W and headed to a friend’s place on 16th Avenue. Sometime after 1:00am he headed out, deciding to walk the short distance to his home.

It was a destination he never reached.

He didn’t show up for work the next day either. It was then that his family filed the missing person report.

His last known sighting is on surveillance cameras near Highway 19 and 14th Avenue in Campbellton at 2:00am. His skateboard was found in that area. There were a number of searches for Jordan but they didn’t turn up anything.

When he went missing Jordan was 5’11” tall and 145 pounds. He had shaggy brown hair, wore glasses and was wearing a grey long-sleeved sweatshirt, black pants and black shoes with white soles.

His disappearance was called “out of character.” Tyre says that while the RCMP is constantly reviewing missing person cases, officers don’t have anything new to go off of at this time in Jordan’s case.

With that in mind, he’s asking people who may know something, but who haven’t shared that information with police yet, to come forward. However, Tyre says they’re looking for concrete information, and not theories or second-hand information.

One issue that Tyre says they’ve had with this case is some people reporting the same information to police that they’ve already reported to them. He’s hoping people avoid doing that so the RCMP can “ensure we allocate resources to an effective investigation.”

The RCMP’s last official plea for information on Jordan’s disappearance came back in May, which he says garnered a few calls.

One thing Tyre wants to get out there is to ask people who have information to bring it to the RCMP or Crime Stoppers directly and not the Holling family. “It’s about being polite and respectful,” he pointed out.

“You can re-traumatize the family. People need to heal. It’s already extremely difficult when someone is missing because you don’t have answers.”