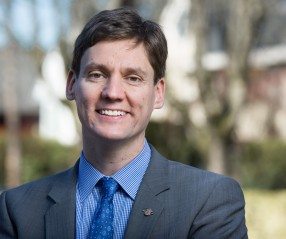 The province has reached a deal with the Association of Legal Aid Lawyers and the Legal Services Society.

The ministry of attorney general says this agreement is the most recent of several provincial government initiatives to improve access to justice.

The ministry adds that the funding boost under this agreement means more lawyers will be willing to take on legal aid contracts.

It also notes that it will allow lawyers to offer better services, greater stability and more fairness in court processes.

“For more than a decade, legal aid lawyers have delivered services to British Columbians at below cost in order to help the most vulnerable members of our province,” said David Eby, Attorney General.

“The long-running underfunding of legal aid was profoundly unfair to British Columbians, especially in rural communities where there have been fewer and fewer lawyers – in some cases no lawyers at all – willing to take on dramatically underpaid legal aid cases. Those bad old days are behind us. Our new partnership with the Association of Legal Aid Lawyers will ensure we provide high-quality legal services to low-income British Columbians going forward.”

The new agreement establishes a formal and ongoing negotiating relationship between ALL, LSS and the government.

The ministry says this is a “relationship that previously did not exist, despite (the) government having similar relationships with almost every other sector of the justice system, including judges, Crown counsel, sheriffs and administrative staff.”

Government, ALL and LSS also agreed to establish an ongoing policy consultation process to discuss legal aid policy and access-to-justice issues during the term of the agreement.

“It is embarrassing how poorly previous governments have treated the lawyers who help refugees, as well as those who are poor, marginalized and often face serious mental health and addiction challenges,” said Eby.

“I am so proud that our government is addressing this injustice.”

The ALL negotiating team issued this statement: “We are pleased to see an agreement that will provide greater stability. The establishment of an ongoing negotiating relationship will pave the way for smoother negotiations in the future.”