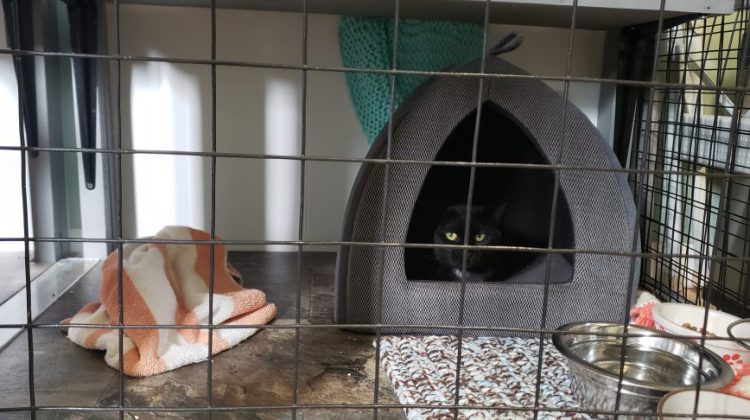 A photo of one of the cats up for adoption at the Kitty Cat Prevent-A-Litter Society. (Taken By Jon Gauthier, MyComoxValleyNow.com Staff.)

A local Comox Valley organization focused on the care of cats says the belief that black cats are bad around Halloween is completely false.

Lee-Ann Phillips runs and manages the Kitty Cat Prevent-A-Litter Society in Comox and says a common question they receive is if they have a hard time adopting black cats.

“No, but they don’t go as quick. They can lag behind by a couple of days. Some research says it’s because they don’t show as well in a picture in than colourful cats, but they always go,” says Phillips.

She also adds that everyone has a love for cats, whether it’s black or not.

With Halloween just around the corner, Phillips says the only thing you need to keep an eye out for is people asking for or getting rid of cats for free.

“I would definitely warn of people that are on craigslist giving away cats for free.”

Other than that, she says all of the lore about black cats on Halloween is false.

She also says if you’re looking for a feline friend of your own, they currently have two black cats up for adoption.

To learn more about the Kitty Cat Prevent-A-Litter Society, or see to what cats are available for adoption, click here.