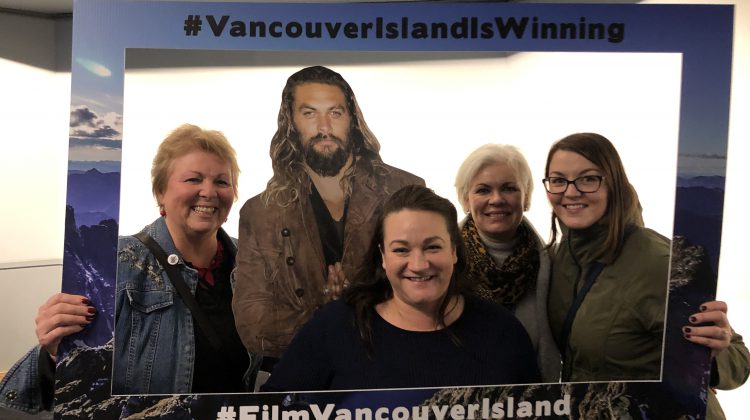 The Campbell River Food Bank Society has more cash and non-perishables to feed the community’s hungry.

The society benefited from last Friday’s premiere screening of the TV series See at the Tidemark Theatre.

The series’ star, Jason Momoa, has been an avid promoter of not only the city but Vancouver Island in general.

Fans lined up to get inside the Tidemark to see the free screening of Episodes 1 and 2, and brought with them donations and items for the local food bank.

“The event was great,” Soder said.

“There were people lined up about an hour before the doors opened so it was kind of touch and go, there, for a while how full it was going to go, but we ended up being able to accommodate everybody that did come and we had about 240 people in attendance, and we raised about $120 and some canned goods for the food bank.”

Soder said Strathcona park was stunning to see on the big screen: “It was really impressive and I think it made everybody in the room really proud and just acknowledged how special this place is, that we live and how accessible that wilderness is to us.”

The night opened some eyes about how different local industries work together, Soder said: “It was a really great opportunity for tourism and the film industry and the trades to all show how we work so well together. We were really pleased to have Mayor Andy Adams come and speak to that, as well.”

Soder said having both Momoa and Apple TV promoting the series is priceless for the city’s tourism sector.

“He’s publicly said that this place is stunning and we really ran with that. We had a little selfie station with (a cardboard cutout of) him and a really stunning backdrop of Strathcona Park so people can kind of get involved and have their photo taken with him. It was just a really fun night.”