Island author hits No. 1 on Amazon for second time in a year 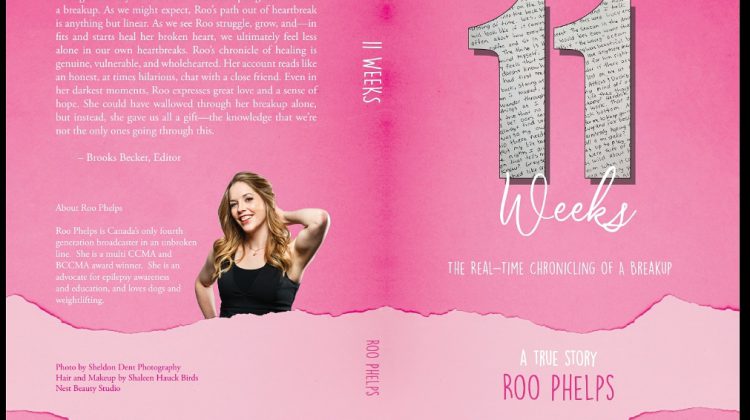 Cover art of the book 11 Weeks – The Real-time Chronicling of a Breakup written by Roo Phelps. (Supplied by Roo Phelps)

For the second time in less than a year, the Courtenay-born Phelps has seen her self-published book shoot to number one on Amazon.

Interlude is the follow up to her bestseller 11 Weeks – The Real-time Chronicling of a Breakup was released Oct. 15 and hit No. 1 in the category of “Love, Sex & Marriage Humor” less than 48 hours later.

It currently sits at No. 34 in that category.

Interlude also hit number one on the Amazon hot 100.

“It’s incredible when you think about it,” says Phelps. “Every four minutes someone uploads a new book, and there are 11 million books already on there, so to have my book hit the best sellers list for the second time is just an absolute thrill.”

Phelps is overwhelmed by the support: “There are literally no words for it. I never, ever, ever anticipated this type of reaction so it’s an absolute joy, every single day.”

Interlude chronicles the time period between where her first book left off and Phelps’ return to radio.

“11 Weeks definitely left some questions, so this one ties up a few of the loose ends, it’s much shorter and much more lighthearted, although to be honest, the first book was super dark so that’s not a hard benchmark to beat,” she said.

“What made him successful as a broadcaster is his ability to tell a great story and that’s something that my mom really learned from him, and my mom was a really talented writer, she’s written plays and screenplays.”

The 34-year-old Phelps has deep roots in the central island. She was born and raised in Courtenay.

“The Comox Valley and northern Vancouver Island will always be my home,” she said. “Between Campbell River and Courtenay, especially that sort of in-between area, Merville, Bates Beach, Black Creek, those are kind of my stomping grounds.”

“I think I’d like to do something a little bit outside of myself, now,” she said. “I’ve been looking inward a little too long, (now) it’s time to come up with something creative and maybe a little more fun.”

Interlude and 11 Weeks – The Real-time Chronicling of a Breakup are currently available on Amazon in paperback and digital format.