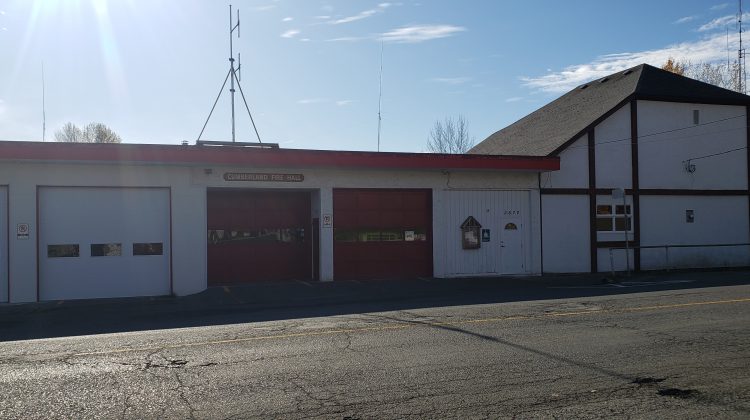 Cumberland is inviting you to learn more about the construction of a new fire hall.

It will be hosting an open house next week to provide an update on the proposed project and an overview of the funding plan.

The village says the proposed hall on Cumberland Road will resolve outstanding operational safety and structural issues at the existing facility.

It added that the new post-disaster building would also serve as Cumberland’s main Emergency Operations Centre if one is needed.

Before council moves ahead with the project however, an alternative approval process (AAP) will take place.

The AAP will be open until December 13th and if you disagree with the proposal you’re invited to sign and submit an elector response form.

If 301 electors submit the form, council will have to look at other options moving forward.

The project is estimated to cost $4.2 million which will be borrowed over a 20-year period at four percent interest. It’s estimated this will result in a $142 a year increase on Cumberland’s average-priced home.

If you would like to learn more about the project or want to fill out an AAP form, visit the Village of Cumberland’s Website.