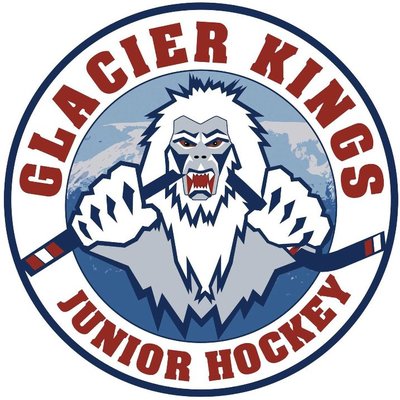 Chalk one up for the Comox Valley Glacier Kings.

It 23 games, but the Glacier Kings have posted their win.

It happened Saturday night, when they edged the visiting Saanich Braves 3-2 at the Comox Valley Sports Centre.

The Glacier Kings are now 1-22-1 going into Friday’s rematch with the Braves in Saanich.

Jeff Dubois, who took over head coaching duties from Jordan Kamprath last month, said that he felt the win coming.

“Absolutely, we felt we were getting close,” Dubois said. “Our last handful of games going into Saturday night were all close games. The previous Saturday at home, we were tied 3-3 with Nanaimo late in the game and lost 4-3. The weekend before that we were tied 2-2 with Oceanside in the third period and lost 3-2. For our group, it just felt like, ‘Hey, we’re coming close, here, and we’ve got to get over the hump and find a way to close out a game.”

The Glacier Kings jumped out to a 2-0 first period lead and were up 3-1 after 40 minutes, before hanging on for the much-needed victory.

“We had to hold on and defend really hard to get a win and we did, and I’m super proud of the guys for sticking with it and putting in the effort to get a little better every week, here. It was great to see them get rewarded for that.”

The players were in a celebratory mood after the game.

“The dressing room after the game on Saturday night was more excited than you would typically see for a win in November but they earned the right to be pretty happy,” Dubois said.

“It’s just one win, one game, but it was important for our group to see that they could do it and now I think we will be just as focused on getting the second one and then the third one but now we’ll have a positive experience to lean on when times get tough and we need a goal or we need to hold a lead, they’ve seen now that they can do it.”

The Glacier Kings are putting the win behind them as they look to embark on their first win streak of the season at the Braves’ expense.

“Once we got to the rink on Monday morning, it was right back to business,” Dubois said.

“We know they (the Braves) will be hungry go give us one back.”