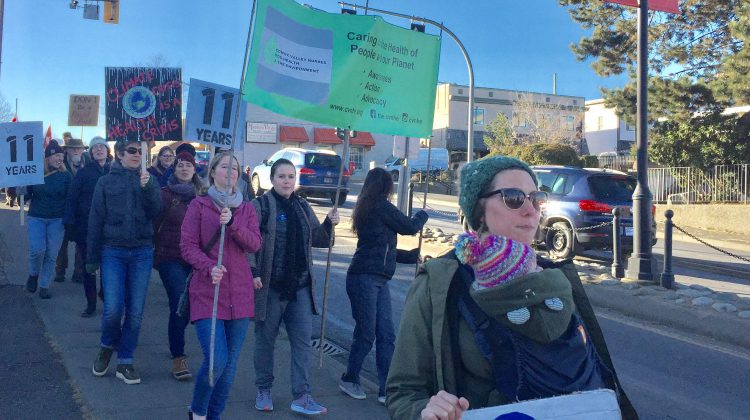 “What do we want? Climate Justice Now!”

It was the rallying cry of people who marched for climate change awareness this afternoon in downtown Courtenay.

While it was a smaller scale than the group’s March for Climate event that drew thousands on Sept. 27, it lined up with climate strikes happening around the world.

YEA member Mackai Sharp said it was important to hold a rally today, in solidarity with other rallies world-wide.

Sharp said they were unsure if they were going to participate this time.

“But we felt that, to keep the momentum up in our community, it would be beneficial. Even if it was a smaller rally, it would still be a fantastic experience to continue with the international dates.”

Sharp said climate change is going to affect every part of our lives.

Sharp said a changing climate is causing the erasure of many unique cultures around the world.

“Not only for humans but for all the flora and fauna all around the world, it means their downfall eventually,” he said. “It’s just to prevent and reverse. That’s what we’re here to do.”