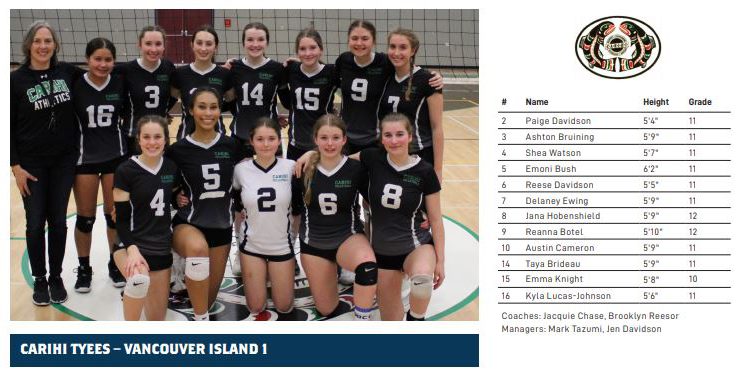 Once again, there is a silver lining to the Carihi Tyees’ season.

This marks the second straight year that the Tyees have won silver.

Carihi rolled to the provincial final by reeling off six straight wins while only dropping one set along the way at the LEC.

The Tyees beat R.A. McMath, Stellys, and Crofton House on Thursday and Salish and Duchess Park on Friday to set up a semifinal showdown with Dawson Creek.