Local ‘Dog Whisperer’ defending himself after dog dies in his care 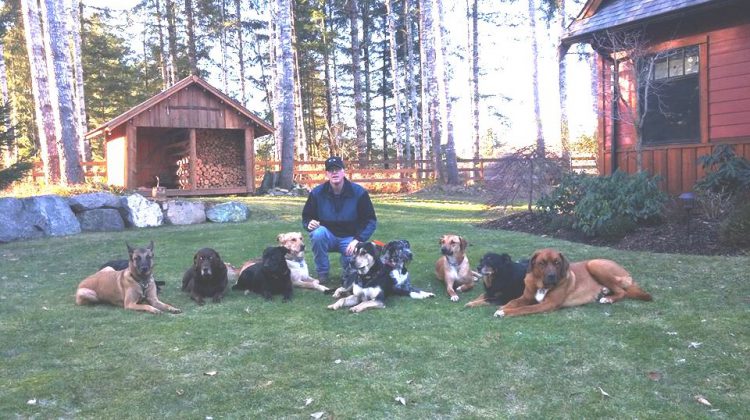 A Comox Valley dog trainer is on the defensive.

Ken Griffiths, also known as the Dog Whisperer, is facing backlash on social media after a dog in his care was hit and killed by a car earlier this week.

He said on Facebook that the three-year-old border collie bolted between his legs and ran down the road to the highway.

“That late at night there is very little traffic here in Black Creek but there was one car in the wrong place at the wrong time and (the dog) was hit and died instantly with severe head trauma,” Griffiths said in the post.

In the wake of the dog’s death, Griffiths said that he is going through comments and deleting any rude or disrespectful posts on his Facebook page.

“It is really unfortunate that people full of hate used this opportunity to bash me and what I do,” he said on Facebook.

“The property is a rental and I have been waiting two years for the landlord to replace the front fence. I IMMEDIATELY purchased these panels to get a front fence in place as I had not been given any timeline as to when the landlord will build the new fence when the older fence rotted out. I do my best with what I have and only had the best intentions, passion, and work/business ethic for helping people and their dogs in our community.”

After the dog ran away, Griffiths said he was was up all night looking for it, both on foot with other dogs and in his truck.

Griffiths said he passed that spot on the highway a number of times but did not see the collie on the side of the road.

He said he contacted the dog’s owner in the morning, and found out that the dog’s body was at the Black Creek Fire Hall.

Griffiths said it was a tragic day and not intentional.

He added that he is completely devastated over the dog’s passing and thanked his supporters.

He also said that “it would be greatly appreciated if people can keep their anger and rude comments to themselves.”