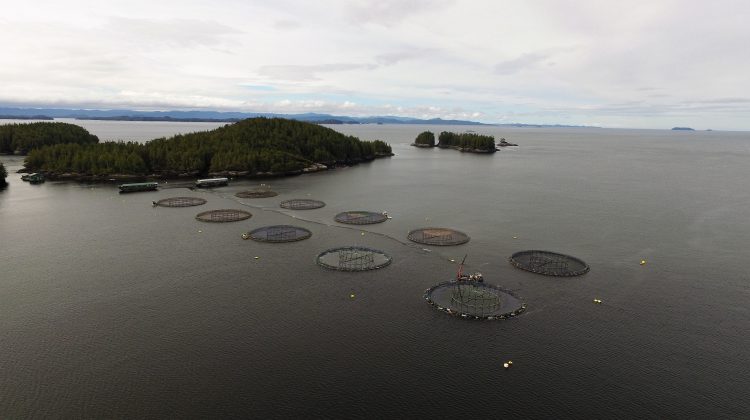 Aerial photo is of a fish farm nearby to the one that was affected. (Supplied by Mowi Canada West)

It’s still not known what sparked a fire at a fish farm in the waters off of Port Hardy.

The farm was being harvested last week, so most of the fish had already been removed from the pen. Roughly 21,000 remained at the time of the fire.

Once all of the fish are removed the pen will be towed to land and an investigation undertaken to determine what caused the fire.

Workers notified supervisors, who dispatched crews to the site and notified DFO and local First Nations.

On Sunday, Mowi Canada West says it “is taking several actions following confirmation yesterday that salmon escaped from a Robertson Island farm pen due to a fire.”

“It is important that we understand what happened so we can mitigate any impacts and ensure something similar does not re-occur,” the company said in a release. 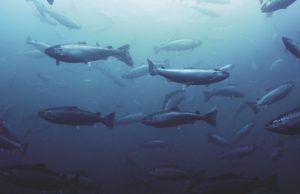 Salmon in a pen. (Supplied by Mowi Canada West)

Mowi said the pen has been secured.

It adds that if the “investigation brings to light any actions we can take to prevent something like this from happening again in the future we will take them.”

In a statement, the Department of Fisheries and Oceans said:

“We are aware of the reported incident and Mowi Canada has confirmed the escape of approximately 21,000 Atlantic salmon.

The Department of Fisheries and Oceans is taking this matter very seriously and investigating further.

Anyone who believes they have caught an Atlantic salmon in BC waters should keep the fish and report the capture by calling the ASWP toll-free reporting line at 1-800-811-6010.”