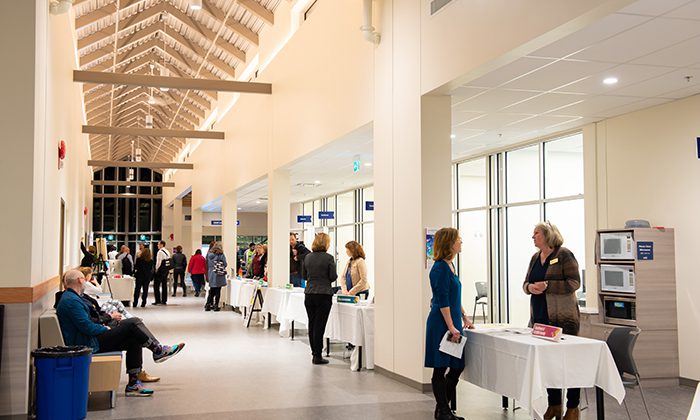 North Island College is looking to build off an eventful 2019.

The year included the launch of new programs and expanded seats in high-demand offerings such as health care assistant and early childhood care and education.

NIC also opened a new learning space in Comox, received a new name for its campus in Port Hardy, celebrated a milestone anniversary in Port Alberni and welcomed students to the newly renovated campus in Campbell River.

The college also looked to the future, with community consultations and regional forums as it prepares its next five-year strategic plan.

“There were so many things that made 2019 a remarkable year for NIC and the communities we serve,” said NIC president, John Bowman. “I’m incredibly proud of the work that has been put in by the entire college community to support students across the region and we wanted to share some of the highlights from the past year.”

Next year is shaping up to be another busy year at NIC as the college finalizes its strategic plan, celebrates the official grand opening of the newly expanded Campbell River campus and continues to develop its Computer Information Systems certificate and Indigenous Language certificate, along with training opportunities responsive to the needs of communities in its region.

“As we look back on the past year, I am always impressed by the commitment of our faculty and staff to continue to create pathways to learning and empowering individuals to achieve their full potential,” Bowman said. “We have many exciting things planned for next year and for the next five years as we continue to work to provide accessible education throughout our region.”

For more information and a complete list of news stories throughout the past year, visit www.nic.bc.ca.