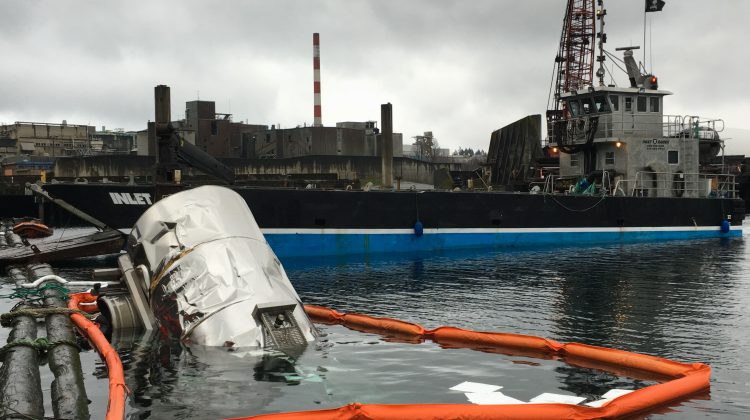 Heavy waves are believed to be the culprit behind a tanker rolling off a barge north of Campbell River. (Supplied by Tavish Campbell)

Heavy waves are believed to be the culprit behind a tank trailer rolling off a barge and into ocean waters north of Campbell River.

It came from Cypress Harbour, an aquaculture site owned by Cermaq Canada, and contained dead fish.
It remained intact, afloat, and no spillage occurred.

Fisheries and Oceans Canada confirmed that on Saturday near Race Point, a tank trailer shifted and rolled off the deck of a landing craft (similar to a barge) due to “heavy wave action.”

The DFO said that the Canadian Coast Guard was sent to the scene and assist if required, and that no one was injured in the incident.

The tank trailer has now been recovered and towed into Duncan Bay.