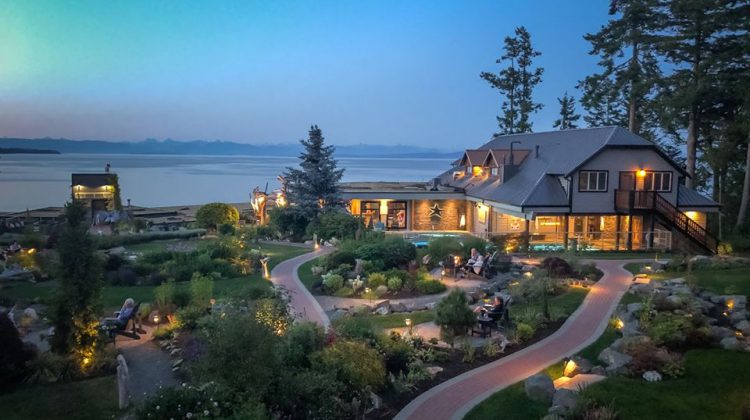 An employee is being credited with saving the Kingfisher Oceanside Resort and Spa from major fire damage.

At about 10:30 p.m. on New Year’s Day, a small fire started at the back exterior of the spa building.

He was quick to react, using a fire extinguisher and a hose to fight the fire until firefighters arrived on the scene.

Greasley said the employee does a lot of the maintenance and specialty projects at the Kingfisher, so “it’s consistent with his efforts around here.”

“He’s probably one of our family members of the resort, he’s helped do lots of (the) building around here, so I wouldn’t expect anything different from him to just jump in and do that and take that on,” he added.

“We had staff telling him to get the heck out of there and he just stood there and got it done, and that little pause that he gave the flames, that little delay, prevented it from spreading further.”

Greasley said the fire caused “water and smoke challenges in the lower level, in the basement area.”

“Our insurer and adjusters are all going to process that, and we had restoration people on site within hours of the fire taking place,” he said.

Greasley expects that the spa will be back up and running within four to 10 days.

“It’s probably going to open up in pieces and sections as we go,” he added.

No one was hurt, and the cause of the fire is still to be determined.

Greasley said this was the best case scenario.

“It was contained to a small area, we got it in a timely manner, it was handled, it’s contained around the back of the building, so other than the adjusters doing their due diligence, we’re ready to go and get back up and running.”

With the exception of the spa, it’s business as usual for the rest of the resort, including its restaurant, all of its rooms, courtyard, and the winter garden lights.

Since the fire, the community has been “overwhelmingly positive and supportive in offering help and assistance,” Greasley said.

“From these moments comes some wonderful community spirit and I’ve been really pleased to see all that.”