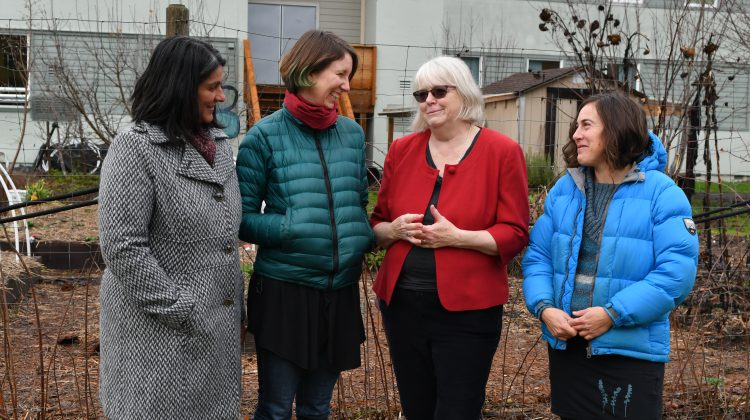 The Comox Valley was chosen as one of the regions in the province to have a coordinator position added for its food literacy program.

The Farm to Cafeteria Canada (F2CC) and the Social Planning and Research Council (SPARC) of B.C decided that the valley would get a coordinator because of the existing interest and activity in the program.

Jenn Meilleur will be taking on the role.

SD71 says Meilleur was hired to build and strengthen the practices around bringing healthy, local and sustainable food education into schools.

She says plans to strengthen the work that has already been developing across the district.

“Working with the local food system is a wonderful opportunity to explore and work with reconciliation and to connect people more strongly with our local natural environment and sense of place. Through activities centering around food, we can learn about traditional foods and
Culture.”

In her short time in the new role, the district says Meilleur has already developed an advisory group made up of key stakeholders from the school district and community champions of food literacy to ensure multiple perspectives and needs from the valley’s food system are incorporated in her work.

Meilleur currently sits on the Comox Valley Community Health Network’s Coordinating Circle and is also a member of the Food Policy Council.

The first Learning Circle session will be held on February 19th and will host members from the community who are involved with local food or supporting local food in schools in some
capacity.

If you’re interested in being a part of the session, contact Jenn Meilleur, Farm to School Learning Circle Coordinator at [email protected] or at 604.562.8769.