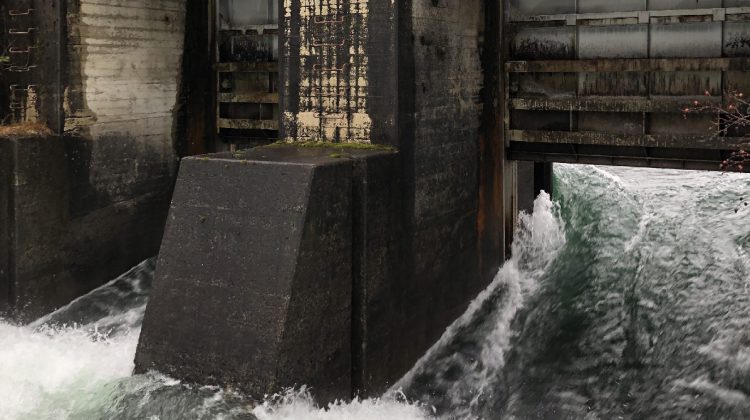 BC Hydro is extending its public safety advisory to stay away from the Puntledge River to Feb. 7.

This is due to dangerous and changing river flow rates.

The very wet January continues with another dose of heavy rain expected today into Saturday.

BC Hydro spokesperson, Stephen Watson, said the precipitation rate in the upper Puntledge River watershed is the second highest in 39 years of data.

“So (it’s) very wet,” Watson added. “We’ve had a lot of storms but they’ve been moderate, not too major, so except for about four days into January we’ve been releasing very high flows to control the reservoir level, to make sure we have available storage in the reservoir in consideration of downstream isolated flooding risk.”

Typically, the water release in the dam is about 30 m3/s. BC Hydro has been releasing 130 m3/s almost all month at low tides.

“So what it means is the flow rates are four times normal, the flows are dangerous, they’re high, it doesn’t take much to fall in and get carried downstream, and also the flows are going up and down potentially during the day so flows will change,” Watson said.

Watson said the anticipated atmospheric river may bring up to 120 mm of rain to the upper watershed along with higher freezing levels, up to 2,500 metres.

The expected heavy rains may see daily water inflow averages for today and Saturday be around 250 m3/s and 325 m3/s, respectively.

“So that’s why we have the public safety advisory. We’ll see what this atmospheric river does… but it’s likely that the high flows will be in place through next week, but we’ll see what happens with the weather. We know it could change.”

Much will depend on how the storm tracks and the rain that falls in the watershed, and the rate and amount of snowmelt. Watson said this event “has the potential to be the largest storm this month.”

Watson said that luckily, the ocean tides will be on the lower side, with the Saturday morning high tide at 4.7 metres.

With the forecasted modest winds, there may be a small storm surge of about 20 cm.

“We will continue to reduce discharges during the high tide,” Watson said.

“We do have available water storage within Comox Lake Reservoir level, with the current level at about 133.1 metres. We’ve lowered the level over the past few days in anticipation of the storm and now have more than two metres of available storage.”